Melhem Barakat, one of Lebanon’s last remaining “golden age” singers, died Friday aged 71 after a long battle with illness. He was a legend, an artist who fought his way through an increasingly commercialized industry. Not only did he survive the challenges, he went on to become one of the country’s most esteemed artists, establishing a genre of his own both in terms of stage presence and creative integrity.

Barakat only performed in colloquial Lebanese. He also wrote and composed most of his material –a feat he had always stood by in an industry that demands more “versatility”, more “fluff”. While other artists favored the commercial success that came with singing in other popular dialects, namely Egyptian, he did not, insisting on maintaining his own tongue as a form of cultural resistance.

Born in Kfarshima in 1945, the man rose to prominence in the 60s and 70s, acted during the 80s and performed musicals well throughout the 90s. His more recent work included several hit songs such as the ever popular “Habibi Enta” and “Ala Babi Wa’if Amaren”, the latter becoming the stuff of musical legends with its accompanying “wawawwawwawaa”.

I remember listening to him as a child. My grandmother would eagerly wait for his songs to be played on the radio. To her, like many other Lebanese, he represented a sort of tenacious authenticity; one that would pierce through the darkness of the bomb shelters.

He was the son of another age, a product of his time, when masculine pride was the dominant trope, and anything less than that was unsung. He was fiercely honest. His temper was short, but by God was he was a fireball on stage. He was also highly controversial, and at times branded a sexist – a label he didn’t care to dismiss.

But, he was loved.

Melhem Barakat was more than just a songwriter and singer for the thousands of Lebanese, he was a symbol of perseverance, a man of unshakable will who marked an era in people’s lives and in modern musical history. He is credited for believing in the Lebanese song during the most tumultuous of times, and for that he will be missed.

Prayers for Melhem Barakat will first be held in Achrafieh’s St. Nicholas Church on Sunday, October 30, at 1 pm, after which he will be moved to his hometown of Kfarshima for burial. The family will be receiving condolences on Saturday, Monday and Tuesday in the Church of St. Peter and St. Paul, Kfarshima.

On Aoun’s election, ageism, sexism, and an unruly parliament

Tue Nov 1 , 2016
On Tuesday Michel Aoun begins his six-year term as Lebanon’s 13th President of the Republic after securing a majority vote in Parliament on Monday, ending […] 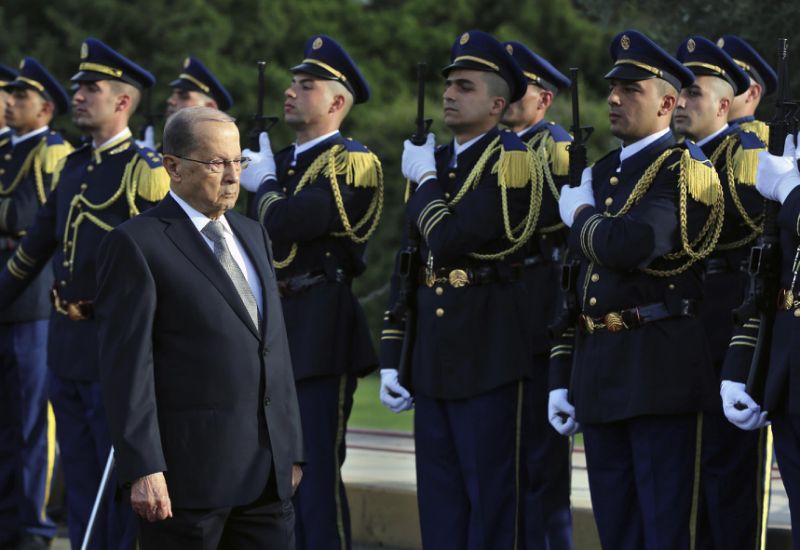