Speaking to delegates, officials, ministers and MPs, Hariri announced his decision based on the legacy of his late father: assassinated former Prime Minister Rafik Hariri, “a man who would always look for Lebanon’s best interest.”

“Aoun may not be our first option, but there aren’t much alternatives … The two of us agree on the principles of order and state government … We must protect Lebanon from external and internal threats,” he said.

“Whomever wants to support the state must stand against the presidential vacuum today, before tomorrow.”

Hariri had officially backed Marada Movement leader Sleiman Frangieh earlier this year; a move that may have heralded the withdrawal of Lebanese Forces leader and March 14 ally Samir Geagea’s candidacy from the presidential run in favor for Aoun, putting an end to the bitter rivalry between the two Christian leaders who fought a devastating war in 1990.

Hariri’s backing -the latest in the series of endorsements for Aoun after Hezbollah and the Lebanese Forces respectively- overrides strong opposition from some March 14 figures and Speaker Nabih Berri, who feels sidelined from the FPM-Future Movement deal that may bring Aoun closer to the Baabda Palace as President, and Hariri to the Grand Serial as Prime Minister.

Lebanon’s top post has been vacant since May 2014 as Lebanese politicians failed to agree on a consensus president.  The next session to elect a president is scheduled for October 31; it will be the 46th session.

Speaker Nabih Berri vehemently opposes Aoun’s candidacy and backs Aoun’s rival, MP Sleiman Frangieh, for the presidency. He has described the deal between the FPM and the Future Movement as a means to “topple political Shiism” in Lebanon, warning that such an attempt might lead to a civil war in Lebanon –what some analysts have described as “pulling the sectarian card.” While his party will attend the October 31 session scheduled for the election of a new head of state, they will be voting against Aoun in the prelude to becoming the country’s new opposition faction.

“Congratulations, Saad Hariri’s choice has triumphed and he has revived the 1943 pact with Aoun. We will be outside power – among the ranks of the opposition,”al-Akhbar newspaper quoted aides to Berri as saying on Tuesday.

Although Berri himself may or may not have said the words, they did leave a mark, especially with the Amal party’s latest military parade in south Lebanon’s Nabatieh during Ashura earlier this month -a power display many saw as intimidating.

The 1943 National Pact established the political foundations of modern Lebanon that allocated power along confessional lines, essentially handing the presidential seat to a Maronite Christian, the prime ministership to a Sunni Muslim and the speakership of parliament to a Shiite Muslim; a power split that gave rise to Christian-Sunni domination following the country’s independence from the French mandate –something many view as a preamble to the 1975-1990 Civil War.

While the national pact is largely seen as an agreement that gave rise to a Christian-Sunni partnership that overruled Lebanon up until the 1989 Taef Agreement, talks of its “resurrection” is no longer valid, former Minster Karim Pakradouni said.

“Berri knows how to hit the nail where it hurts, and this exactly what he is doing in relation to the Hariri-Aoun agreement. By painting Aoun as one who has abandoned the Shia, and framing Hariri as one who has forged an alliance with Aoun against the Shia, he is [playing his part] in the presidential political game.”

Some tensions have already materialized:

A few days ago the American University of Beirut held its annual student elections that saw the victory of the March 8-affiliated Students for Change Party for a second consecutive year, securing seven out of 19 seats. Ten out of 18 seats of the Student Faculty Committee were won evenly by the secular Campus Choice Party and the March 14-affiliated Lead the Change Party (formerly known as Students at Work), while independent candidates secured the final two spots.

The March-8 Students for Change represent the Amal Movement, Hezbollah and the Free Patriotic Movement while the March 14 Lead the Change Party is mostly composed of Future Movement and Lebanese Forces affiliates; a reflection of traditional alliances that once mirrored the country’s political scene before the presidential bid reshuffled all cards.

On the plus side, turnout was high, reaching as much as 65%. Proportional voting was implemented for the very first time; one of the actual laws proposed for Lebanon’s highly contested parliamentary elections. Security was also a major priority whereby armed soldiers and Internal Security Forces riot police deployed outside the Main Gate in anticipation of any escalation. (Though not limited to AUB, this unfortunate phenomenon has become a normality when it comes to student elections across the country.)

The elections almost passed without incident, save for a late scuffle on the stone stairs beneath the main entrance where members of the winning March 8 Students for Change began pressing others downward in a show of dominance. The incident was quickly contained. But it was in the after-hours and off-campus that some members of the winning team took to the neighboring streets to celebrate their victory, according to Amal officials who spoke to LBCI.

A video purporting to show Amal partisans gathering in Spears Street, next to the Future Movement’s TV, had surfaced in the aftermath of the student elections depicting several young men chanting pro-Amal slogans in a mostly pro-Future movement area, leading some to raise questions on a potential “Shiite-Sunni strife”.

This development came in light of the Future Movement’s then anticipated endorsement of MP Michel Aoun for the presidential bid.

While the Amal Party and the Free Patriotic Movement were once part of the same alliance, the former has distanced itself from the latter in the run for the presidency.

Some downplayed the incident, describing it as some sort of “political tomfoolery” that does not carry any covert political or security message.

“[We] did not target any particular party or area, we as members of the Amal party, have a personal responsibility that obliges us not to attack any party or symbols from the March 14 alliance, specifically from the Future Movement,” Ali Yassin, Amal Representative for Private Universities, told LBCI.

But others took a different tone.

“[The] Amal party is not into [political] fatuousness … All the people know and fear the Amal party … If [our leader] Berri gives the order, things will get out of hand and Lebanon will no longer exist, so [they] must be vigilant. First of all Saad Hariri should settle down, because you know, he’s younger than I am. I am 50 years of age and have served at militant posts … General Aoun should also calm down,” Mahmoud Aaknan said in an interview with LBCI.

Aaknan is a former member of the Resistance Brigades, and is accused of attacking al-Jadeed in 2012. He was also once a member of the Amal movement. Today he is viewed as a leader of the Watwat region, a street that is mostly an Amal perimeter, adjacent to Spears. He is known for his ability to gather hundreds of young men under his wing in a matter of minutes.

Although he denied any connection to the Spears’ incident, his words did come with a heavy warning.

Many may see the incident as a non-occurrence, but in truth student elections are a microcosm of Lebanon’s political reality. Political parties throw their weight in these elections as they are seen as a representation of votes to come in parliamentary and municipal elections. “Results influence how other students in other universities vote,” former AUB student and Fulbright scholar at Florida State University Azza el-Masri said, “it’s another battlefront that allows parties to assess support and representation.”

With Hariri’s backing, Aoun has guaranteed the votes of his own 21-member bloc, eight from the Lebanese forces and the majority of Hariri’s 34-member bloc (some members of Hariri’s bloc have said they would not vote for Aoun), and 13 previously promised legislators from Hezbollah. To secure his election he needs two-thirds majority (or 86 of 128 votes). If a candidate does not get the 86 votes, in each subsequent round of polling, said candidate need only secure a simple majority (or 65 votes, locally often referred to as “half plus one”) to become the head of state. Aoun so far has approximately 72 votes.

Mediation, it seems, is currently in the works. Aoun visited Berri after his endorsement; Interior Minister and Future Movement official Nouhad Mahnouq said that the Future Movement is keen on maintaining and fortifying its ties with Speaker Berri. “No one will be excluded [from any agreement]”, he told al-Joumhouria newspaper a day after Hariri’s endorsement, adding that Hariri’s move would prompt rivals to reach consensus. Progressive Socialist Party leader Walid Jumblatt also reportedly spoke with Aoun on Thursday. Although the latter had previously voiced support for Aoun’s rival Sleiman Frangieh, the weathervane of Lebanese politics has not outright rejected Aoun’s candidacy.

So will this latest turn of events yield positive results? Most importantly, will Lebanon finally have a president? The coming days and weeks will tell.

What matters most now is that political leaders exercise restraint, and not fuel tensions be it through student elections or street manifestations. Because if these occurrences can tell us one thing, it’s that political parties will do anything to prove a point. “The sins of the father are to be laid upon the children,” William Shakespeare once said. Unfortunately, in Lebanon, this is too true, too often.

One thought on “Hariri endorses Aoun for president – now what?”

What message is Miss Lebanon sending out to young women?

Mon Oct 24 , 2016
I didn’t watch Miss Lebanon. I am not a fan of beauty pageant shows. I believe their current format is outdated, restrictive and in need […] 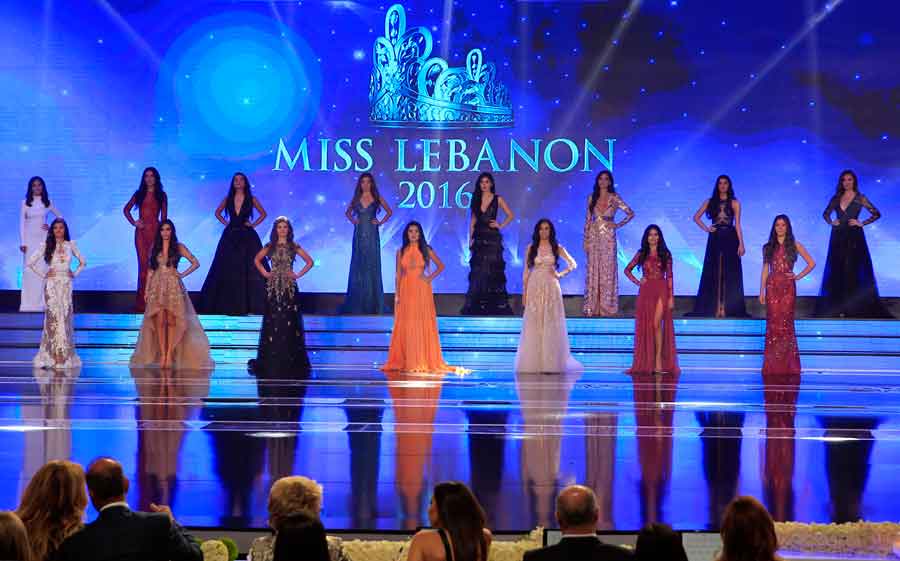