Lebanon’s Foreign Minister Gebran Bassil has become the butt of social media jokes after he suggested international organizations assist Lebanon in finding a market for the country’s produce at the UN General Assembly in New York last week. The man, who is no stranger to controversy mainly due to what commentators say are inappropriate statements, became the center of ridicule after tweeting that he had spoken to many states and international organizations, saying: “My conviction has grown that the outlet for apples is by obliging refugee (aid) organizations to buy them.”

Yet while social media had its fun, the major story received little to no attention until Monday after dozens of farmers took to the streets, blocking the Jbeil highway north of Beirut, to air their grievances. They are calling for swift actions and say they will escalate their movements if their demands are not met.

The crisis is real

Thousands of Lebanon’s mountain farmers rely on the sale of their yearly apple harvest. Without it they would be left without an income to support them through the long, harsh winters. Apple farmers receive little to no governmental support, and have entered the fifth consecutive year of hardship. Amid the growing challenges that have arisen from the border shutdown and the Syrian war, they complain of what they say are planned tactics to push them into bankruptcy and a reality of economic migration.

300,000 farmers put their faith in what the annual harvest season brings them, yet the government’s failure to support the sector has driven them into desperation.

Amid the problems are botched pesticides, which have proven a failure in the fight against rising diseases and pests; lack of subsidies that are pushing them deeper into poverty; and the rise in apple production that came as a result of a failed governmental planning to eradicate cannabis farming in the Bekaa.

While apple farmers were protesting on the streets, the Newsroom Nomad headed to Lebanon’s Baskinta –a village renowned for its apple production. There, we spoke to a local apple farmer, Jean “Joe” Ayoub, who told us about the hardships facing many who rely on the land, and their fears of poverty, and forced economic migration.

Upon arriving to his orchard we were surprised to find hundreds of apples on the ground. Joe, a father of two, explains that it is more cost efficient to leave the crops as is since there are no prospective buyers.

“It costs us more to pick, package and store. The current selling price, 5000 [Lebanese] Liras per apple box, does not cover our expenses,” he explains. “Many homes are being wrecked.”

The selling price has to reach 17,000 Lebanese Liras per box in order to cover expenses and give farmers somewhat of a profit to help them live through the winter, Joe tells us. Major buyers set the price at 5,000 L.L., a rate that is slowly but surely killing business.

Joe explains that the low price and lack of a market are not the only challenges. Pests and diseases that include fungal infections and the Mediterranean fruit fly are harming their harvest. Pesticides that are being licensed for sale in the market belong to major suppliers who, according to Joe, are lobbying against good quality pesticides that can save the harvest, in favor of cheaper ineffective treatments for profit.

On top of that, the government introduced apple farming within areas that had traditionally never cultivated the crop, like the Bekaa, in a bid to curb cannabis production. Apples from foreign markets are also being imported into Lebanon.

“We simply have too many apples … The government should have never introduced apples to the Bekaa as a strategy to combat cannabis farming. They could have, for instance, created solar farms in that area since sunlight is abundant. We would not have reached such dire consequences had the government devised a better strategy,” Joe laments. “If we must import, trade deals have to include the export of local products like apples,” he adds.

According to Joe, apple farmers have never received compensations for bad harvest seasons. “Unlike tobacco farmers in the south, and wheat growers, we’ve never been considered for any reparations.”

The Syrian war and the border shutdown has massively affected the market. As a result farmers have no reach to external markets in the Middle East. Rising competition and the lack of trust in the Lebanese product, mainly due to the pesticides being used, has also rendered the European market inaccessible.

“If I take a look at what’s happening, I am lead to believe that this is planned. I am working hard, and resisting. Resistance is not only through the use of weapons, my resistance is my land … There is no solution in sight. If I didn’t have an alternative business, I would be forced to pack my things and go … I have two children, a boy and a girl.”

Wed Sep 28 , 2016
For 86-year-old Adib Nouwar, Lebanon’s garbage crisis is a matter of life and death; any irritation induced by the slightest of elements –even the smell […] 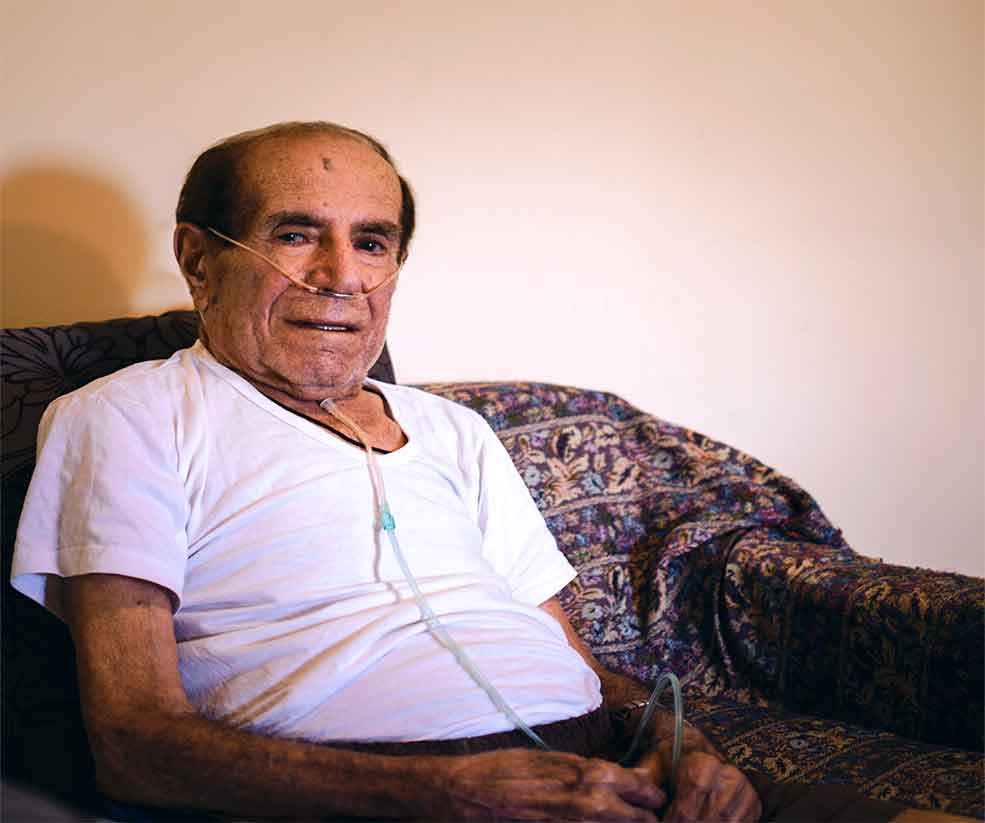