Over the weekend social media was set ablaze after the photos of a dead dolphin, which was discovered on Tabarja beach, north of Beirut, were published on APAF, a local animal rescue group’s Facebook page.

Animals Pride and Freedom (APAF) said the marine mammal was found killed overnight Saturday in said town, pinning the blame on local fishermen who allegedly used poison in the process in what is believed to be the fifth killing this week.

“Fishermen are killing dolphins and are even using poisons. They are disturbed by their presence because the dolphins are eating the fish caught in their nets,” APAF said.

“Dolphins are not the intruders. The Ocean is their Home. Humans are the real intruders,” APAF added.

Other media outlets alleged that the dolphin was stabbed to death, pointing to the wounds found on its head.

No proof of intentional murder found:

According to Iffat Idris, president of local environmental NGO Operation Big Blue, who spoke to Greenarea website, there is no simply no proof to validate the story as purported by APAF.

“The dolphin’s story reached the concerned authorities, namely the Ministry of Agriculture, and an investigation was launched before the news made its way to the media … what we know is that the dolphin became entangled in the fisherman’s net mid-sea around 2 am, and dolphins in cases such as this are extremely difficult to release. The dolphin most probably died as a result of that, and the cuts found on its head were likely caused by the rocks. No puncture wounds were found; no proof of stabbing as alleged by the media.”

“Let those who have proof come forward. There simply is none regarding this case nor have we found any information on the alleged deaths of 4 others,” Idriss added.

Rural Development Directorate Observer and head of Kesrouan Forest Center at the Ministry of Agriculture Chadi Seikaly also commented on the matter, reiterating Idriss’ accounts. He also stated that most dolphins who become tangled in fishing nets often die as they struggle.

“The fisherman, who was identified as a 68 year old local, cut the dolphin loose after he was found dead. No stab wounds were found … Its body washed up on the shore, before the sea waves pulled it back in again.”

Raising awareness on animal welfare issues and the environment is vital, but doing so without providing the other side of the story and the complex dynamics that compose the entire picture is partial and detrimental to the cause.

The hard truth is we are all responsible for the current state of our oceans and environment as a whole. So long as we are consuming sea food at a staggering rate, and so long as some communities are dependent on fishing for a living, we cannot cry wolf.

Eat tuna? You’re kinda killing the dolphins, even when the product is marked “dolphin safe“ -and that’s only speaking of commercial fishing. Schools of adult tuna frequently swim beneath large groups of dolphins for reasons yet unknown, causing dolphins to become collateral damage in the process of fishing.

Dolphins use sonar to hunt and avoid obstacles, even in the dark. But despite this, thousands die each year when they become entangled in fishing nets. Marine biologists believe that the marine mammals become trapped when they make a mistake with their navigation and lose concentration. The sound of motor boats also confuses them.

This isn’t just about “one mean old fisherman” as modern social media lynching would have it, this is a universal problem that starts with our eating habits and ends with our governments.

Contrary to popular belief, Lebanon’s seas are teeming with life even though we have spared no effort to render them almost uninhabitable due to our ineffective waste management policies and lack of social responsibility.

Marine turtles, whales, sea lions, and various other animals swim our waters, yet we act as though we are the only species that matter

Lebanon is a signatory to the Barcelona Convention, which calls for the protection of the marine environment and the coastal region of the Mediterranean, however little is being done in terms of decreasing sea pollution and/or the protection of endangered species. Dolphins, alongside many marine animals are in danger of ingesting plastics -particularly bags they mistake for squids or jellyfish- and other toxins found in our waters. If the toxic material doesn’t get them, dynamite fishing and other threats will, and have.

What needs to be done?

I agree with APAF on raising awareness as much as possible. Fishermen must be provided with apt training that enables them to free dolphins and whales from fishing nets when instances such as this occur.

Alternative means to support the livelihoods of local seamen can also be introduced. This can include whale and dolphin tours by fishermen, supported by the Environment and Agriculture Ministries.

Solving the garbage crisis once and for all, and dispensing of archaic “solutions” like seaside landfills and landfills in general that do not meet international eco-standards, will also play a vital role in protecting biodiversity.

Schools and educational institutions must introduce environmental awareness programs as a means of raising generations who can forge better solutions to what is currently in practice.

With sea pollution at an all-time high and frenetic shoreline construction, less than 5% of the Lebanese coast remains clean. We need to tackle the root cause of the issue, and address poverty and its impact on the natural world.

It is easiest and more gratifying to attack those who unwillingly contribute to the furthering of the problem, it is quite harder and less immediately fulfilling to incentivize healthy practices and scale the long tortuous path that leads to solid sustainable solutions.

This is why it is incumbent on each one of us to compel the authorities to enact legislation that restricts the practice of commercial fishing to environmentally friendly methods, as well as enforce similar laws that are already on the books. In addition to sound legislative efforts, our nation should subsidies the traditional fishing sector of the commercial fishing industry, in order to support the usage of rapidly disappearing traditional techniques, for environmental and cultural reasons, as well as to improve the lives of the few families who still apply this ancient knowledge. Last but not least, let us all become more aware of the foods we consume, their origins and impact on the environment. 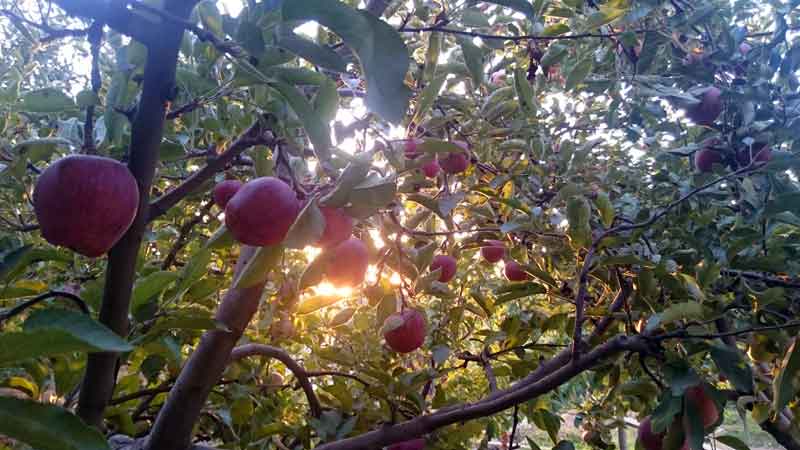