Lebanon is in the midst of a reemerging waste crisis, but this isn’t stopping some groups from making the switch to renewable energy. In a sense, and amid the surrounding chaos and sheer incompetence of the Lebanese authorities, this can be seen as an act of rebellion; an act whose realization could spark a socio-environmental movement.

Daad and her amazing team of women run the “Cooperative for agricultural production and manufacturing” in South Lebanon’s Dar Qanoun: a rural, underdeveloped village, which like other surrounding towns has bore the brunt of poverty and war. The women there spend their days doing backbreaking work producing healthy, preservative-free food products that include bread, jams, and other pantry items or what is locally known as “mouneh”. The women do it to support themselves, their families, and their communities. But power rationing is standing in their way, as Daad and her team end up producing half of what they normally would using electrical food processors.

“The ladies here are putting a great deal of physical effort to produce the food, sometimes standing for 3 to 4 hours in a row as a result. Whereas, if we had more power supply to use the electrical machines, we would have spared them all the effort, the fatigue, and the time,” Daad says, “most of the women working here suffer from lower back pain.”

Lebanon has been suffering from electricity shortages for more than 40 years. In some rural regions rationing can reach up to 22 hours a day. This is why these women are asking for your help; help that would make their lives better without harming the environment around them. In short, they are seeking to install solar panels to juice up their cooperative.

Greenpeace has launched a crowdfunding campaign to help provide solar energy to this cooperative as a sustainable solution to the power issue.

“The electricity generated will be free as it comes from a free source of energy, which is the sun … with the power supply generated, they will be able to use all the equipment they have,” Julien Jreissati from Greenpeace says.

“It is also clear that this project represents an environmental solution since it is free of carbon emissions and greenhouse gases.”

But that’s not all. What’s also interesting is that 12 young people were trained on solar energy technology to contribute to this project’s installation. The young men are Lebanese, Palestinian, and Syrian; three nationalities that once fought against one another and consequently suffered the consequences.

Perhaps this is how peace is built: by empowering women, and younger generations, all the while creating a safe space, and a common goal.

Climate change is  a real threat and Lebanon is in danger considering how seemingly oblivious the country’s rulers are. Looking at the current state of affairs and how simple, yet basic services like waste management, electricity, and water supply are lacking, we can predict dire consequences if we don’t support and adopt initiatives such as these. Climate change, poverty, and gender inequality are all interlinked and we are all affected.

Please contribute to this vital project by clicking on this link. Maybe, just maybe, this may inspire others to look at self-sustainability as the key to emancipation from the grid of an ineffective government. Let the sun unite us!

We, the Lebanese, have a lot to learn from the Native Americans

Thu Sep 8 , 2016
Thousands of Native Americans are currently engaged in massive protests against the North Dakota Access Pipeline (DAPL) in what is being called the largest gathering […] 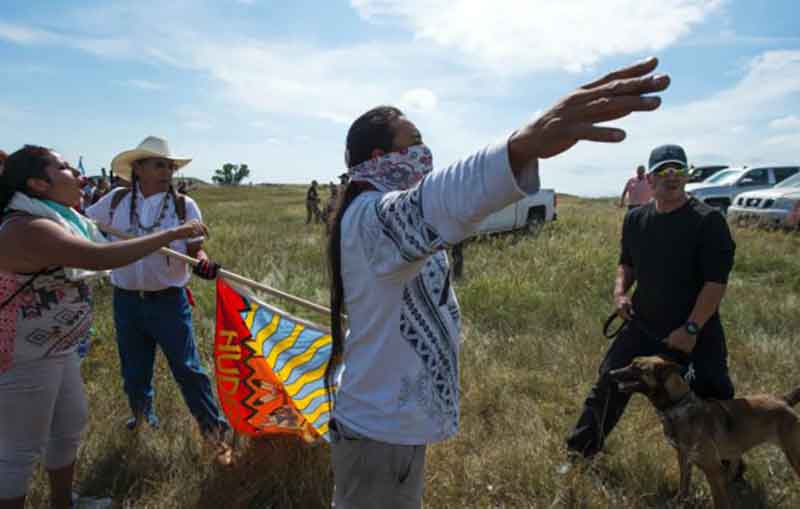