With the return of garbage to the streets, it seems highly unlikely that anything else could ruin what little hope the Lebanese have for their environment. But hope, it seems, is increasingly becoming a nuance in a country overwhelmingly stricken with corruption, especially when it comes to profit making ventures signed and sealed by members of the Lebanese government –illegal as they may be.

In the latest in an endless list of violations, Batroun’s Kfarabida beach is now under threat after the Cabinet approved the construction of a massive resort on its rocky shores. The resort will reportedly result in mounds of concrete by the seaside to make way for a yacht basin and villas in place of what is now a unique, naturally formed rocky façade.

A simple online search of Kfarabida lists the coastal Batroun town as the ultimate seaside haven; an affordable public space for marine enthusiasts. Kfarabida’s many seaside restaurants and pubs, most notably “Joining Beach” is also featured as one of the Newsroom Nomad’s favorite destinations. The seawater there is among the cleanest in Lebanon. But all this is about to change if the proposed resort comes to fruition.

The proposal is not recent, but has been pending execution since 2007. The Cabinet’s decision will mean the privatization of a large section of the beach, before sealing it off from the public to make way for the luxurious resort, which will be built by a private company. Sources told LBCI that a cabinet minister received large sums of money to approve the decision.

Construction plans were halted for a while but have now returned to the limelight after project maps were sent for reassessment, whereby several points were raised regarding the legitimacy of the resort.

Mazen Abboud, an environmental activist says that several questions need to be answered regarding the validity of the environmental impact assessments and the companies behind them.

“The site needs to be reevaluated as several doubts remain … I fear that these studies are being treated like everything else in the country,” he explained.

“Locals are against this project as it threatens the biodiversity of the environment … we are petitioning the decision and are calling instead for the classification of the area as a natural reserve,” activist Clara Khoury said.

According to the report, the project will be opposed by locals and activists alike, as well as by two Free Patriotic Movement ministers, namely Foreign Minister Gebran Bassil. If the decree passes it will be contested in the Shura Council.

A protest is being organized for September 10th. For more information please click on this link. Another event hosted by the Lebanese Night Collective is also underway whereby photographers are invited to take photos of the site in order to highlight its importance. Click here for more info.

Only 49 remaining kilometers of beaches and 11 of cliffs remain on coastal Lebanon. The rest of the coast has been urbanized, with the Ministry of the Environment projecting that if current trends continue, Lebanon’s coast could be totally artificialized “à la Hong Kong” by 2025.

What the law says:

During our research on a similar case involving the illegal privatization of public beaches, namely the Ramlet al-Baida affair, we were made aware of the laws that govern public seaside domains.

According to Article 2 of Order 144 in the first law to regulate coastal properties issued in 1925, “the sea’s shore until the farthest area reached by waves during winter, as well as sand and rock shores belong to the public.”

Activists point to the abovementioned article to argue that investors have no right to build on public maritime domain.

However, Article 3 grants those who owned parts of coastal properties, before the decision was issued, the right to use them for commercial purposes. According to the LBCI report the proposal to privatize sections of the Kfarabida beach was only approved in 2007 –well after 1925.

The law is clear in stating what can and what cannot be done, but like the Ramlet al-Baida controversy, it seems some ministers in Cabinet are attempting to bend the rules by using certain decrees.

Subterranean streams flow directly from the mountains into the cove, making it exceptionally cool, clean and transparent. The salt levels are also lower than other areas, decreasing irritation to eyes and skin. The naturally formed caves are home to several marine animals, namely sea turtles, who can be spotted swimming by in the crystal clear waters.

Local fishermen have been fishing the waters for hundreds of years. The quality of the seafood in Kfarabida is famous within the country and residents of the area as such have set up several family owned restaurants and other institutions, which constitutes their livelihood.

Kfarabida is home to ancient Phoenician ruins. The shore was once the center of trade whereby ships would sail from Kfarabida to Byblos en route to Egypt and other places according to AUB scholars who made the discovery. Fellow journalist Habib Battah recently revealed plans for another real estate project on a number of ancient sites. To read up on this issue click on this link.

For those of you who do not know Kfarabida, here are a few photos.

Fri Sep 2 , 2016
Lebanon is in the midst of a reemerging waste crisis, but this isn’t stopping some groups from making the switch to renewable energy. In a […] 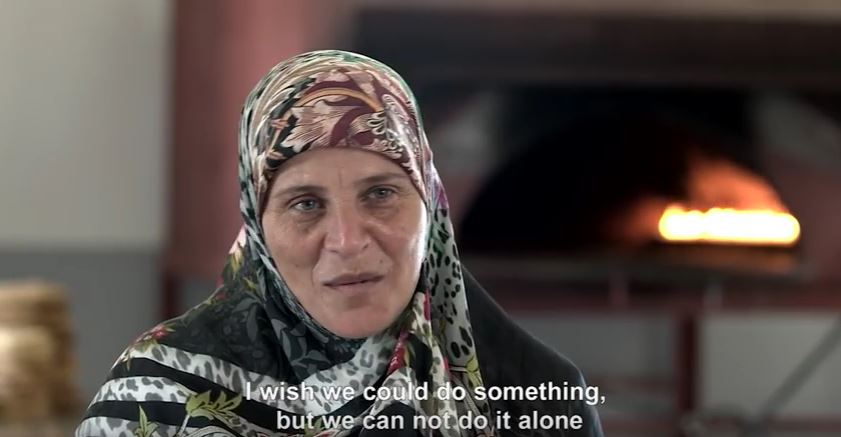