Imagine what it’s like living without your loved ones, without seeing their faces or knowing what might have been. Imagine having to wait for their return, for any news –the good, the bad, or the even the ugly. Imagine being ignored, day in, day out. Now imagine it were your own mother/father/brother/sister/spouse -your closest family member, not just another face on another news report. Imagine it’s been decades.

The anguish; the uncertainty; the sheer indifference of the world. Such is the harsh reality surrounding the families of the victims of enforced disappearances. In Lebanon, those families have had to endure these circumstances for over 40 years, with almost no glimmer of hope and unreserved governmental inaction.

Photos via: Facebook/act4thedisappeared | For more stories click on this link

Almost 25 years have passed since the end of the brutal 15-year Lebanese civil war, but not one serious investigation has been conducted to elucidate the fate of the thousands of people who were kidnapped during that bloody period.

Enforced disappearance has and continues to be used as a strategy to spread terror within society. The feeling of insecurity generated by this practice is not limited to close relatives of the disappeared, but also affects their communities and society as a whole, the UN says.

August 30 marks the International Day of the Victims of Enforced Disappearances. Today thousands remember those lost to war and conflict.

“Your war ended. Her war never did,” is the title of one of the videos produced by the ICRC to commemorate the victims and their families.

On Monday evening, families of victims of enforced disappeared held a ceremony to commemorate the memory of their loved ones. More than a hundred participants observed a vigil in Sidon, south Lebanon, holding photos of those who remain missing.

On Tuesday the International Committee of the Red Cross held an event to show support to the families of the missing in Lebanon. It also launched an online campaign and the hashtag #TheDayIDisappeared #يوم_اختفيت in hopes of reminding others of their plight. For more details click on this link.

The practice of enforced disappearance was systemically used during the civil war by militias, the Syrian, and the Israeli armies. Thousands went missing, and while it is likely that the majority of victims were executed inside Lebanon, it is equally evident that some of the kidnapped were subsequently handed over to the Israeli and Syrian authorities, according to the Lebanese Center for Human Rights. Among these victims, some were killed and buried in Israel and Syria, while others were transferred into the prisons of the two countries. At present, hundreds of Lebanese citizens remain incarcerated, incommunicado and in inhumane conditions in Syrian prisons, the CLDH says.

In 1992, and on the basis of sworn statements made by the families at police stations, the Lebanese government declared that 17,415 individuals went “missing” during the 1975-1990 civil war. Since that date, the number of “17,000 missing” has become conventionally accepted. The precise number of missing individuals is likely less than that number, since the families often filed several “missing person” reports for the same individual due to displacement and migration, according to the CLDH.

“A cross-referencing of the lists establishes the number of 2,312 missing individuals. But estimates of the number of missing could reach more than double that number, and the actual number is probably far bigger given that many families, out of a lack of trust, did not file with the commissions, while others emigrated abroad without undertaking any action, and still other families may have sometimes been completely wiped out during the war, particularly among the Palestinian population.”

Although it is virtually impossible today to come up with a precise number, there is a recognition among all human rights associations and organizations that “thousands” of Lebanese families await the truth about the fate of their loved ones, the rights group says.

The missing in Israel

Thousands of Lebanese were kidnapped by the Israeli Army during the period of occupation of South Lebanon (1982-2000), many of whom were detained and tortured in Israeli interrogation centers like the infamous Khyam Camp. After Israel’s withdrawal in 2000, the detainees of the Khyam prison were set free. Other victims who were kept inside Israel were also released in the years that followed. As for unresolved cases, the ICRC notes that some of the missing may have been buried inside Lebanese territory in mass graves.

The missing in Syria: inequality, enforced amnesia, and denial

For the families of those missing in Syria, it’s a whole different case. Nadim Houry from Human Rights Watch dubbed the families of the victims held in Syria “unequal”. His remarks came in light of the Lebanese government’s boycott of the planned Arab League Summit of Libya in 2010, when it limited its representation to its Arab league ambassador. The decision was taken on the backdrop of the disappearance of Imam Moussa Sadr, a leading Shiite cleric who was last seen on a trip to Libya in 1978.

“[…] is the speaker of Parliament, or for that matter any of the other top Lebanese leaders, willing to show unity and commit to concrete actions for Lebanon’s other disappeared – the 17,000 estimated to have disappeared during the civil war and the hundreds of Lebanese missing in Syrian jails? The short answer is no,” Houry said.

In 1987 Amnesty International published a report about Lebanese detained in Syrian jails. The victims range from students to lawyers to housewives to soldiers. Anyone who opposes the government is at risk, the report said.

In 1993, then President Elias Hrawi –a Syrian regime ally- announced to the BBC that Syria does not hold Lebanese prisoners. He altered his statement three years later, stating that Syria holds 210 Lebanese nationals. In 1995, the Lebanese government issued a decree stipulating that all missing persons were legally dead, thus relieving itself from the burden and responsibility.

In 1998, Syrian authorities admitted the existence of 155 prisoners in Syria, ordering the release of 121 detainees, 10 of whom were Palestinian.  Similarly, in December 2000 Syria handed over 54 prisoners, 46 Lebanese, 7 Palestinian and one Egyptian one year after Amnesty International had published another detailed report about the Lebanese detainees in Syria.

In 2001, soon after Syrian president Bachar Assad denied the presence of Lebanese prisoners in Syria during a visit to France, Syrian authorities freed 11 Lebanese and delivered the remains of one who died in jail.

Some of former detainees who have been released from Syrian prisons speak of grave human rights violations, including torture. In a recent report released by Amnesty International the horrifying experiences of detainees subjected to rampant torture and other ill-treatment in Syrian prisons are laid bare.

Similary, HRW has confirmed the widespread use of torture in Syrian detention facilities, both in Lebanon and Syria. In a 2005 report, the organization noted, “Syria has a long-established record of torture.”

In 2014, following relentless protests, the State Council, aka Shura Council, ruled that relatives of victims had the right to know what happened to their missing family members. The Shura ordered the government to hand over to the families the full investigation dossiers of the Official Commission of Inquiry that had been appointed in 2000 to investigate the fate of the kidnapped.

On September 20, 2014, the families of the disappeared were finally provided with a copy of the commission’s investigative files and found that the commission had not conducted any serious investigation or interviewed any officials, thus proving what family members knew all along.

Today, the main demand of the families is for the government to pass the draft law pushed forward a couple of years ago to create a national independent institute to investigate the fate of the missing.  Activists and family members hope that the draft law, in conjunction with the ICRC data, will help identify the remains of the missing, but the government has so far stalled on passing this law.

The clock is ticking

As aging relatives die, the likelihood of identifying exhumed remains becomes greatly compromised, and as such representatives of the ICRC are warning of a race against time.

The ICRC has been collecting DNA samples to identify the thousands who disappeared during the civil war. By doing this, the organization hopes to reach every one of the 4,000 families over the next two to three years.

The biological data will be added to information collected by the ICRC as part of its Ante Disappearance Data Collection program that aims to discover the fate of the thousands of missing from Lebanon’s civil war.

The Lebanese government acknowledged the existence of mass graves in 2000, yet made no efforts to identify the bodies. The ICRC called on the state to establish a mechanism to match victim’s bodies with their families.

In 2005, the families of the detainees in Syria started a sit-in downtown Beirut demanding that serious measures be taken by the Lebanese authorities. The families are still there, waiting for the Lebanese State to take action.

Despite repeated promises and pledges, Lebanese authorities have failed to provide comfort, and answers to the families of the disappeared. But, as Houry says Lebanon cannot move forward without adequately dealing with its past.

Will the families ever know what happened to their loved ones? Will the answers result in a backlash against Lebanese authorities? Questions whose answers may provide insight as to why authorities’ have enforced collective amnesia in the years that followed the end of the civil war.

Wed Aug 31 , 2016
With the return of garbage to the streets, it seems highly unlikely that anything else could ruin what little hope the Lebanese have for their […] 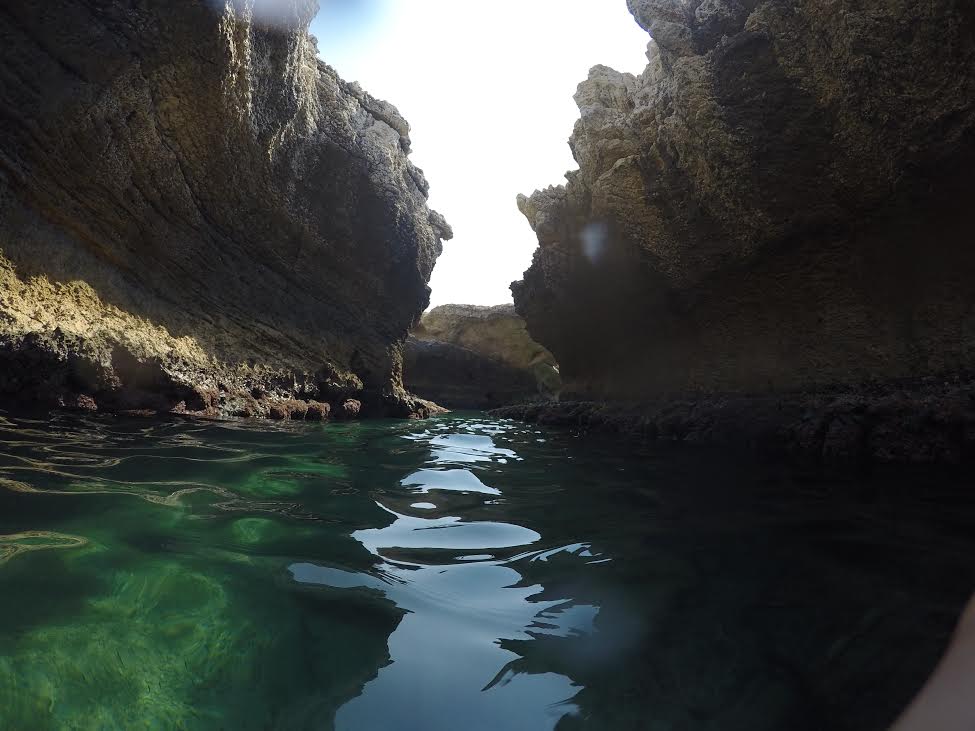