Unemployed? You’re not the only one. According to the latest World Bank study published in Lebanese daily al-Akhbar, unemployment in Lebanon is at an all-time high, especially among the youth population.

Prior to 2012 the unemployment rate was measured as follows: Over-all unemployment stood at 11% with 34% of the country’s youth affected, 18% of whom were women. The numbers tell a different story in the years that follow the start of the Syrian war and the influx of Syrian refugees into Lebanon, with a 35% general unemployment increase. That’s 1 out of 3 people.

According to the report Lebanon needs to create 6 times the amount of jobs currently available. 6 times. That’s a huge number.

An estimated 23 thousand job seekers enter the market annually, with only 3,400 vacancies available, according to findings recorded between 2004 and 2007. This figure has increased dramatically since 2012 and is partially linked to the refugee crisis. Slow economic growth is also a major factor. But the biggest reason I’d say lies in a system that promotes corruption and nepotism.

Yes, there are over one million registered Syrian refugees in Lebanon; a shy estimate to what in reality may be over 2 million. Lebanon in fact has the highest number of [Syrian] refugees in the world per capita, many of whom are women and children and of course this does not help the ailing economy.

But in addition, the jobs that the economy has created have been concentrated in low productivity sectors that employed mainly low skilled workers in construction and agriculture.  Although the Lebanese education system has been generating a high numbers of skilled graduates for years, many of them migrate for job opportunities outside Lebanon for lack of apt opportunities. The majority of workers who remain – employees and self-employed – have only secondary education or less; around 40 percent have no education or only primary education, the report says.

The high prevalence of informal employment (freelance) and relatively low transitions into formal employment is also an important issue that needs to be addressed. Around 20 percent of the labor force is composed of informal wage employment and lacks access to social insurance and labor regulations. Another 30 percent is self-employed in low productivity activities and is also not covered by the mandatory programs. These dynamics, according to the World Bank, call into question the current design of the social insurance system and labor regulations, which fail to cover the majority of the labor force and provide incentives to work outside the formal sector.

The strain on resources is obviously far too great and political leaders are using that as a reminder at every convenient opportunity to pin the blame on everything but themselves -namely the refugee crisis. But are they really presenting any alternatives or solutions? So far nothing concrete.

At the end of this blog post I am left wondering, are we being set up for failure before even being given the chance? I believe so. The consequences of rising unemployment include migration, conflict, crime, low national industrial output, poverty, kidnapping and robbery, and lawlessness. Unemployment leads to poverty, poverty leads to reliance on a system that practically runs on nepotism (wasta), and nepotism works in favor of the corrupt; those in power. Lebanon is perceived as the most corrupt among the Arab nations.

Tue Aug 23 , 2016
Lebanese reporter Nawal Berri is currently trending online, but for all the wrong reasons. Having failed to deliver an accurate update on the protest that […] 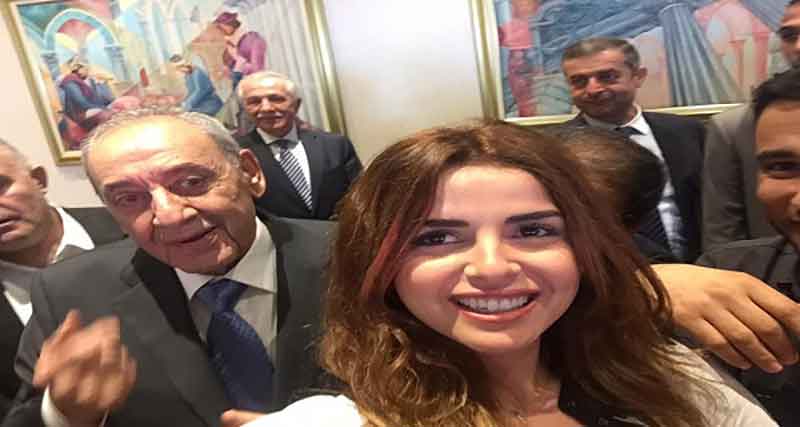