While the Perseids meteor shower peaked on August 11-12, outbursts could still be observed well throughout the weekend. In a bid to catch as many “shooting stars” as possible, the Newsroom Nomad embarked on a 3 day camping adventure chasing fireballs, and visiting different locations within the country’s governorates of North Lebanon and Mount Lebanon. From Baskinta, Sannine to Amchit, Jbeil, the Jaj Cedar Reserve and Batroun, here are some of the best (and worst) sites as documented by us. For those interested in the cosmic lightshow, you can still watch the meteor shower, albeit fainter, up until August 24th.

Situated at an altitude of 2,628 meters above sea level, and only about half an hour from the village of Baskinta, Mount Sannine’s barren range was our choice for the first night. We set up camp above the area’s last Lebanese Army checkpoint (after we were granted permission), right on the shores of one of the regions many man-made irrigation lakes. Beside us lay several Bedouin tents, and their flock of sheep; above us, the dark skies devoid of light pollution. Fireballs began appearing at around 2 am, an hour after the waxing gibbous moon had set. Spectacular to say the least.

For the next day we opted for a camp by the sea to contrast the previous night’s cold weather, and Amchit provided the perfect spot to watch the setting of the waxing gibbous moon. While the area is not ideal for stargazing, the sea waves crashing on the shore presented the ultimate soundtrack to an already charming atmosphere. It’ll also do wonders for your morale.

We visited neighboring Jbeil the next day, but the Bahsa beach turned out to be anything but inviting. A murky film now lines the surface of the once clean waters, and plastic bags and litter can be seen floating about. A disappointment to see how the beach has changed since the last time I visited it in July; something the local municipality should definitely look into.

From Jbeil we headed once again to the mountains, only this time we had the cedar trees in mind. Jaj lies at a 40 km distance from Byblos and is home to Lebanon’s oldest cedar trees. Lebanon’s Night Collective (a group that specializes in astrophotography) was also holding its annual Perseids event there, so we were in for a treat -or so we thought. Upon hiking the steep mountain up to the Cedar Reserve we were shocked to find that campers were allowed to set up their tents and accompanying campfires inside the ancient forest. Loud music, barbecues, hookah pipes, and trash are not what one expects to find in such locations, but alas, the country’s lack of environmental laws result in such occurrences often in the most pristine of places.  Forced alongside other photographers to travel further up the mountain, we finally lay out our sleeping bags in plain air and watched as the early hours of the dawn presented what turned out to be a beautiful lightshow.

The sight of garbage in one of the most beautiful places I have ever visited in the country did not go unreported. The newly appointed forest rangers explained that the novice municipality had only just begun implementing measures to protect the area.

“Come back again in ten days and you will see us doing things differently … I promise that all environmental safety rules will be implemented by then,” the ranger promised, “people need time to get accustomed to new rules and we were only just given our uniforms a few days ago,” he added. I have decided to take his word for it, but will be checking on the area soon, and hoping that his promises were indeed genuine.

From Jaj we headed down to Batroun to send off the weekend with a dip in its clear sea water; and as always Batroun did not disappoint. Subterranean streams flow directly from the mountains into the cove, making it exceptionally cool, clean and transparent. The salt levels are also lower than other areas, decreasing irritation to eyes and skin. Batroun’s “Joining” has always been among the Newsroom Nomad’s top beach locations, and I’ve seen many marine turtles peacefully swimming by in its pristine waters. Here’s hoping one of Lebanon’s rare beaches is preserved for years to come.

Wed Aug 17 , 2016
Lebanese women are often portrayed in the media as being among the most liberal in the Middle East, and while that may be true to […] 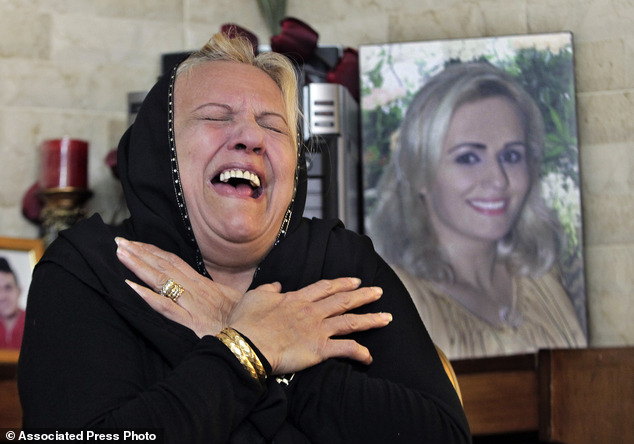