As I was going through the newsfeed this morning, just minding my own business, trying to catch up on what’s going on in the country, I was faced with this article, and the dilemma on whether or not to address it. Upon weighing the pros and cons, I finally decided to speak up against all online outlets, using this example as a final call. The headline, as translated into English reads: “This is how ‘whores’ hunt down young men at beach resorts”. Literally. I had to read it twice before I could fathom the words and the intent of the writer behind the piece; but even after a second cup of coffee I was still baffled, and left trembling.

Upon inspecting the article, it turned out to be based on nothing more than hearsay. This wasn’t so much about morality, but more about sensationalism and depicting women as aggressors and men as victims. The real title should have read: “Adults mutually consent to beach resort fun, with the possibility of later having paid intercourse, or so our writer thinks”. Not so catchy is it?

This is not the first time such an article is published on Lebanese news websites, but the first time that words as blatant and as tasteless as these are used in such a context. What happened to journalism? Where is the media watchdog? One has to ask. But in a country such as ours, the answers are never clear cut.

It is no secret that with the introduction of electronic media in recent years, news standards have nosedived. Online news outlets, driven by the need to reach more audiences, have resorted to publishing all sorts of sensationalized stories, sometimes going so far as to post full frontal nudes in midday without any blurring or alteration, making them accessible to younger, more impressionable audiences. Let me repeat, news outlets. It’s one thing when it’s an adult magazine, but another when its the news.

Having worked with several online publications in the past, I had experienced firsthand the burdens of a business that exerts pressure on editors to generate more views no matter the price. It didn’t matter what the quality of the news was, so long as it boosted the ratings. The incessant need to come out first, to be number one, resulted in a competition driven movement among online publications, so unethical, so blinded, so as to pass off the dissemination of such content as news on a daily basis. Soft porn, or what is known in the industry as “sex news” has become the go to topic when ratings drop. Such is the reality of our current news industry, particularly in the online world.

These are the questions that we need to ask ourselves as women; as citizens of this nation. Objectification leads to violence. Objectification is violence. When women are persistently turned into products, no one weeps for them; no one cares if they are raped, maimed, or murdered. The number of domestic violence victims will continue to rise so long as the media insists on using the female person in a manner such as this; if we continue to heed the call of the clickbaiters who care not about the true path of journalism, but only about their paychecks.

In our digital world infamy is a kind of fame, and people are willing to do monstrous things to achieve this fame. If news editors are still unable to make the connection between the dissemination of such news, the use of such terminology, and domestic violence, then maybe, just maybe they should go back to journalism school, or instead watch the video below.

This is why Lebanon is losing the battle against forest fires

Thu Aug 4 , 2016
As I write this blog post, and just right outside my window, hundreds of cicadas are singing in unison in what is a clear indication […] 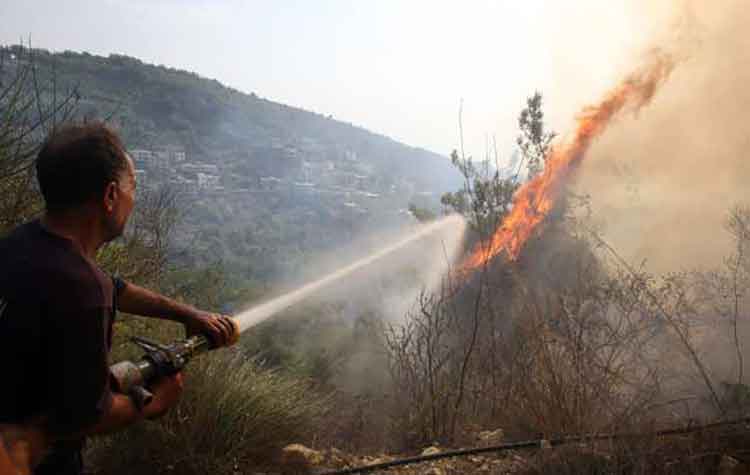