The last time I wrote about lions on this blog, a cub was being offered up for sale on Facebook with a $5000 starting price. The man who had published the post did not seem to care or worry much about possible backlash and had publicly displayed his identity and contact details. Such is the blatant disregard to international and local laws that prohibit the sale of endangered species in Lebanon –a country where zoos and so-called animal cities still exist.

But Animals Lebanon – a local NGO – is defying this reality and hoping to put an end to wildlife trafficking and abuse, specifically when it comes to big cats. Drawing inspiration from the recent death of a baby lion cub, who was being kept as a pet in Lebanon, the organization has now launched its most recent initiative in collaboration with the Ministry of Agriculture entitled “Last Chance For Big Cats.”

The footage produced by Animals Lebanon to promote the campaign shows the motionless cub lying on her side, struggling to breathe as volunteers tried to nurse her back to health. The baby lioness, named Queen, suffered greatly before she was finally put down, and would not have underwent such a miserable existence had it not been for smugglers who see animals as a source of profit, and buyers who view big cats as a symbol of status.

Dozens of tigers, cougars, and even snow leopards are locked in cramped cages, forced to perform in local circuses, and paraded by wealthy individuals, according to Animals Lebanon.

The organization, armed with a fresh ministerial decree, is now allowed to confiscate animals living in poor conditions, ban the keeping of big cats, and enforce zoo regulation. Animals Lebanon has also pledged to shelter any rescued animals until they can be moved to sanctuaries around the world, so big cats like Queen don’t have to suffer the same fate.

Lebanon’s current animal welfare laws are both outdated and rarely enforced, with maximum fines for cruelty amounting to a measly $15. In 2013, the Lebanese government committed to international treaties to halt the trade of endangered species — including birds and chimpanzees — via Lebanese territory, but cases are rarely reported. This is why activists now hope that with the latest decree, an end to private ownership of at-risk animals can finally come to fruition, but they need your help!

What you can do:

-Report big cats by sending an email to contact@animalslebanon.org. This includes pet shop sightings, social media posts promoting illegal sales, and/or seeing a bit cat in someone’s home or a zoo or circus.

-Refrain from visiting zoos. Such enclosures should not be supported nor promoted.

-Spread the word. A lot of people do not know what to do in the case that they   see animal abuse or wildlife trafficking, so if you care about the life of animals please make sure that almost everyone you know is informed.

Fighting the trafficking of wild animals is far from a priority in Lebanon, a country with more pressing political issues and an often compromised security situation. But this should not stop us from trying to make a change, especially when the means are made available to us.

Mon Aug 1 , 2016
Although the official celebrations, namely a sword ceremony for graduating officers, were cancelled for the third year in a row, officials, dignitaries, and leaders gathered to […] 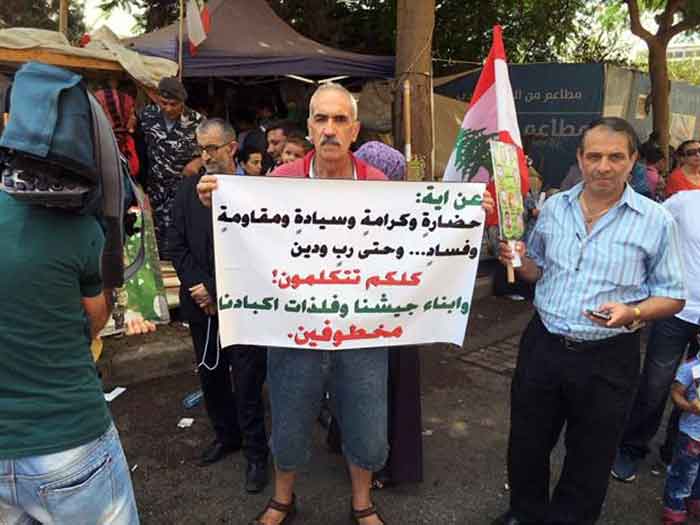