Although Lebanon has been witnessing a rather cautious calm for the past year in light of the wave of terrorist attacks that mostly targeted its capital Beirut and surrounding suburbs in 2013, 2014 and 2015, and which left scores of civilians dead, this calm was broken on Monday when 4 suicide bombers blew themselves up among a group of civilians in the village of al-Qaa in the Bekaa.

All victims were civilians, while three Lebanese soldiers were among the wounded, the mayor of al-Qaa told Voice of Lebanon.

“al-Qaa is the gateway to the rest of Lebanon, and here we stopped a plan for a much bigger explosion,” said mayor Bashir Matar.

According to the Lebanese Red Cross, at least 5 people were killed and 15 were wounded, 4 of whom are in critical condition. Voice of Lebanon identified them as: Joseph Lewis, Boulous al-Ahmar, Joseph Fares, Faisal Aad and Majed Wahbe.

A claim of responsibility has yet to be made.

Al-Qaa is a predominantly Greek Catholic village that nears the border with Syria.

This is not the first time this seemingly forgotten village bore the brunt of conflicts.

In 2006, dozens were killed when an Israeli air strike hit Lebanese and Syrian farm workers filling a refrigerated container with boxes of produce. Casualties were mostly Syrian who come to the border village looking for work.

The attack against al-Qaa was the result of geographic contiguity as the town falls close Hermel, a Hezbollah stronghold, which was hit by at least three Israeli airstrikes during the July 2006 war.

Three decades ago, plainclothes Syrian agents went door to door seeking men, who were abducted and killed in a notorious chapter of Lebanon’s civil war. The residents of the town were set to observe and commemorate the tragic event that occurred 30 years ago, on June 28 -one day before the fresh wave of attacks took place.

They were left to fend for themselves in the past, in the same manner in which they are today.

Although the [Hafez al-Assad] Syrian regime and its Lebanese culprits are largely blamed for the 1978 al-Qaa massacre, the village’s nearly 2,000 Christians now side with the [Bachar al-Assad] regime due to the rise of Islamist extremists on its porous border.

To them it’s a choice “between the bitter and more bitter.”

Standing between the militants and the village are Lebanese soldiers aided by Hezbollah troops, whose men are also fighting for Syrian President Bashar al-Assad.

The village, like many others lacks development and governmental attention. The dysfunctional Lebanese State has so far failed to provide protection, apt development and assistance to towns like al-Qaa and neighboring Ras Baalbeck and Arsal, who have seen a large influx of Syrian refugees since the start of the Syrian conflict.

The lack of governmental attention largely mirrors our own. Two weeks ago a bomb explosion rocked the Verdun neighborhood of Beirut. Although no casualties were reported, save for two slight injuries, the media ran amok with analyses, and hours of live broadcasts. Social media also played a part in fueling the already brewing panic with many sharing warnings allegedly issued by foreign embassies, all of which remain unverified. Beirut succeeded in stealing the media spotlight, and the interest of social media users alike, a phenomenon which has yet to repeat itself in the same scale when it comes to towns and villages that already suffer from neglect and poverty.

Perhaps therein lies the root cause of many of our problems. This skewed view that grants more attention, more compassion, more empathy for areas deemed as more vital, and less to others, has gravely contributed to division and instability within our nation. And while this is certainly understandable since Beirut is the capital city, perhaps it is time for us to look beyond our own interests.

If al-Qaa, Rass Baalbeck, Hermel, Arsal at al., were in Beirut, would we have cared more? It’s a question I ask myself.

One thought on “If al-Qaa were in Beirut, would we have cared more?”

Is Game of Thrones secretly all about Climate Change?

Wed Jun 29 , 2016
While the most recent season of television’s most popular show, Game of Thrones, has come to an end, theories have only just begun. Only this […] 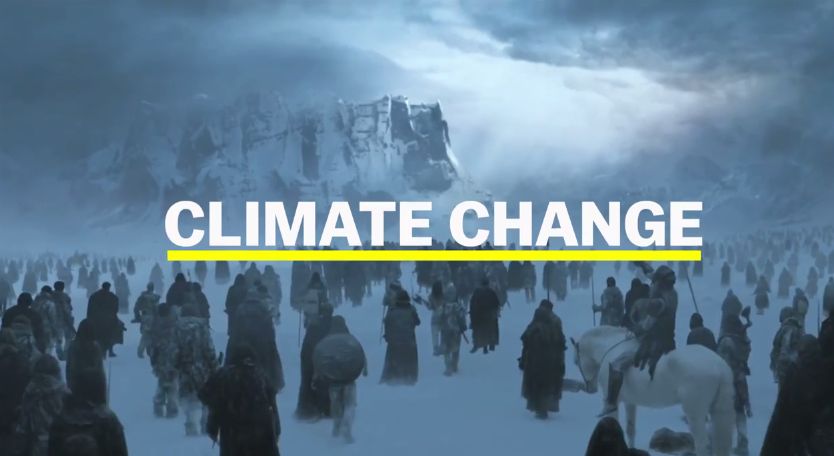