According to Numbeo’s Pollution Index, Lebanon ranked second after Egypt as the most polluted country in the world. This information caused quite a stir after it was posted on social media even though the numbers are far from being correct. Numbeo is not a valid source. In fact the site admits that it’s findings are based on users’ input. Its stats even go so far as to suggest that Mongolia ranked 3rd, while Monaco ranked 4th. China came in at number 10. This alone raises the red-flag.

What the real numbers say:

According to data from the World Health Organization, India was found to be the most polluted country in the world, followed by China.

In terms of cities, of the 3,000 cities in the WHO’s air quality database, the most polluted at the time of measurement was Onitsha, a fast-growing city in Nigeria. Peshawar in Pakistan came in second place, followed by Zabol in Iran.

These cities have something in common: they are mostly located in rapidly growing economies in the Middle East and South East Asia. Four of the 20 urban areas with the worst air quality at the time of measurement were in Nigeria, three were in Saudi Arabia, three were in India, and two in Iran.

The Middle East and parts of North Africa were among the regions that performed worst overall in the database – with urban air pollution rising 5% in more than two-thirds of cities.

Among mega-cities (urban areas that host over 14 million inhabitants) Delhi and Cairo had the highest levels of urban air pollution.

In 2015, the United Arab Emirates earned the dubious tag of being the world’s most polluted nation, according to the World Bank’s annual report on global environment indicators, known as the “Little Green Data Book”.

How these measurements are made:

The findings are based on monitoring stations, satellite imagery, ground-level monitoring and atmospheric modelling to produce the PM2.5 numbers.

Particulate matter, or PM, is the term for particles found in the air, including dust, dirt, soot, smoke, and liquid droplets. Particles can be suspended in the air for long periods of time. Some particles are large or dark enough to be seen as soot or smoke. Others are so small that individually they can only be detected with an electron microscope. Particles less than 10 micrometers in diameter (PM10) pose a health concern because they can be inhaled into and accumulate in the respiratory system. Particles less than 2.5 micrometers in diameter (PM2.5) are referred to as “fine” particles and are believed to pose the greatest health risks.

Why this information matters:

Lebanon has a major pollution problem, but its best that articles on the subject matter be based on scientific research and findings that would enable us to pinpoint the causes and figure out ways to tackle them rather than raise our arms up in defeat. Relying on sensationalism for the sake of ratings is self-defeating as it only triggers a reactionary response as well as over-stress an already strained people. We need to look into the issues that are currently sweeping the nation and organize in a matter that helps us address them.

The Newsroom Nomad has compiled a list of the several problems facing our nation in terms of pollution and other issues. The information, and respective sources can all be found on the blog. I will continue to post information upon the availability of new studies.

One thought on “Yes, Lebanon has a pollution problem, but Numbeo’s claims are null and void”

If al-Qaa were in Beirut, would we have cared more?

Mon Jun 27 , 2016
Although Lebanon has been witnessing a rather cautious calm for the past year in light of the wave of terrorist attacks that mostly targeted its […] 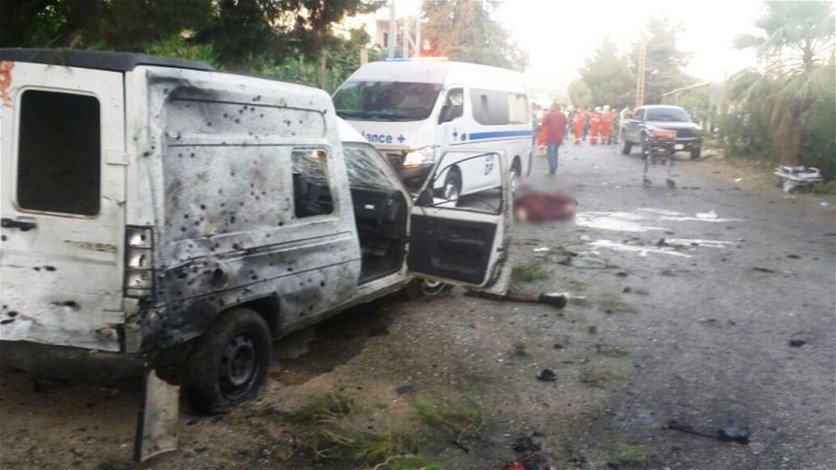