In a video released a day ahead of World Music Day, which falls on Tuesday, internationally acclaimed Italian musician and composer Ludovico Einaudi is seen performing a specially composed piece entitled Elegy of the Arctic on a specially constructed ‘iceberg’ within 100m of a crumbling glacier.

The performance that took place in the surroundings of the Wahlenbergbreen glacier in Svalbard, Norway, is nothing short of eerie, given the precarious conditions of the Arctic, and comes as part of an environmental campaign by Greenpeace.

As he plays, huge chunks of ice calve off the glaciers, giving viewers a much needed wakeup call on the current state of the frozen waters surrounding the North Pole.

“Being here has been a great experience. I could see the purity and fragility of this area with my own eyes and interpret a song I wrote to be played upon the best stage in the world,” Einaudi said in a news release from Greenpeace. “It is important that we understand the importance of the Arctic, stop the process of destruction and protect it.”

Einaudi premiers his new composition as governments gather at the OSPAR Commission meeting in Tenerife, Spain, to consider a proposal to protect 10% of the Arctic Ocean.

According to Greenpeace, Norway, Demark, and Iceland oppose the measure despite the Arctic’s increasing vulnerability to exploitation for fishing and oil drilling. Greenpeace has set up a website, Voicesforthearctic.org, dedicated to the issue.

Why the Arctic is important:

Although no country owns the geographic North Pole, the Arctic covers eight countries including the United States, Canada, Denmark (via Greenland), Iceland, Norway, and Russia. Those countries are limited to a 200 nautical miles exclusive economic zone off their coasts, but many are laying claims of ownership so as to exploit precious resources.

The extent of sea ice covering the ocean has dropped to record lows. Arctic ice is declining and temperatures have risen more than twice as fast as the global average over the past half century. The speed of change has shocked scientists who warn that if current trends continue, a largely ice-free Arctic in the summer is likely within 30 years – up to 40 years earlier than was anticipated by the IPCC Fourth Assessment Report.

The shrinkage brings fears of Arctic methane release currently stored in permafrost. If the potent greenhouse gas is released it will amplify global warming.

Previous methane release events have been linked to the great dying, a mass extinction event at the boundary of the Permian and Triassic, and the Paleocene–Eocene Thermal Maximum, in which temperatures abruptly increased.

The polar bear, caribou, narwhal, bowhead whale, beluga, and walrus are only some of the endangered species living in the arctic. Also found in the Arctic region is the arctic fox, different species of seals and whales, puffins, fulmars, and other bird species. Indigenous populations are also under threat of climate migration.

According to the Arctic and Antarctic Collection, a tour operator for adventure travel to the Polar Regions, the Arctic was discovered by Phoenician sailors years before the Common Era (CE). According to this theory, the Phoenicians named the newly discovered region after a polar star that guided them to the “end of the earth”. The star was called “Arktos” by the Greeks at the time and translated as “land of the big bear”. Coincidentally, this title helps many people remember that polar bears are found in the Arctic rather than Antarctica.

Though this theory has yet to be proven, it is worth mentioning in hopes of decreasing the distance between the Arctic and Beirut in regards to the effects of climate change.

If scientists are correct in their measurements, the melting of the Arctic icecaps will have a direct impact on the Mediterranean Sea, which in turn borders several Lebanese coastal cities. Weather predictions for the Middle East say that by mid century temperatures will climb high enough to render the region uninhabitable, a new study published by the Institute for Chemistry and the Cyprus Institute in Nicosia found.

Some 70 percent of Lebanese live on the coast and much of Lebanon’s economy relies on industries that are based there. A rise in sea level could displace over 2 million people, and cause $35 billion’s worth of losses in land, property and infrastructure, as well as result in an incalculable loss in historic and cultural assets, this report says.

Climate change will amplify the country’s water and energy crisis and well as increase the rate of air, sea, and land pollution. Reduced snowfall, hotter summers, and desertification will mean lesser water, as rising sea levels increase the salinity of coastal aquifers, many of which are already polluted due to frenetic extraction methods.

In short, Einaudi’s Elegy of the Arctic addresses us all.

If Arctic and Antarctic glaciers continue to melt, then this song could serve as a haunting reminder of a time when we had the chance to change things. Here’s hoping the melodies will make their way to Tenerife and to our own government who has yet to put into effect strategies that would help Lebanon fulfill its part of the deal when it comes to combating climate change.

One thought on “On Ludovico Einaudi’s song for the Arctic, and the connection to Beirut”

The Ramlet al-Baida affair: It's not just the sea that is full of shit

Thu Jun 23 , 2016
The Ramlet al-Baida beach controversy and claims of ownership over one of Beirut’s last public beaches has returned to the forefront. In what seemed like […] 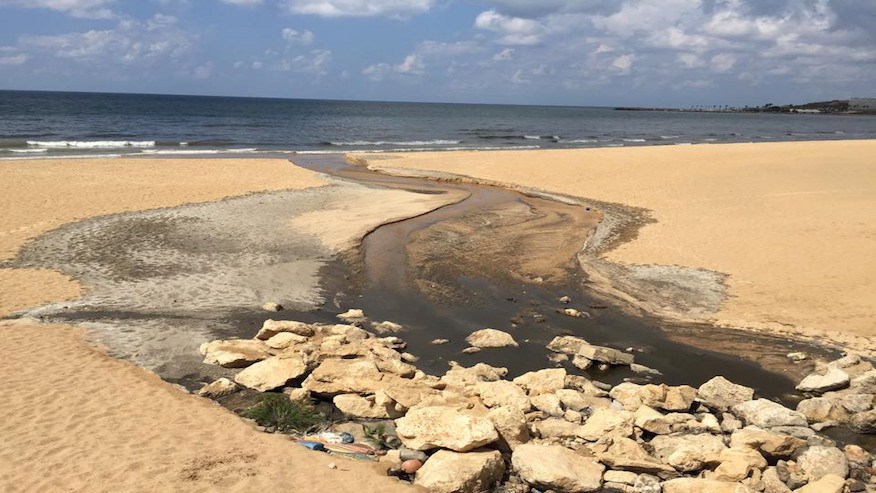