If you think that the Jannah dam controversy is politicized, think again; the battle for the preservation of one of the last of Beirut’s green spaces, Horsh Beirut, has only just begun.

Just weeks after the park was reopened to the public, construction works for an Egyptian military field hospital kicked off on a plot of land at the edge of the park.

Cement bars can be seen in the location where the hospital is set to be built. Mohammad Ayoub, Director of Nahnoo, a social association dedicated to preserving the forest and the promotion of more shared public spaces, says no environmental impact assessment was conducted.

The project was approved by the former Beirut mayor Bilal Hamad’s municipal council two months ago, as preparations for the municipal elections preoccupied residents of the city. Plans to move the Egyptian hospital from its original location at the Beirut Arab University to Horsh Beirut are already underway. While the hospital is being built to meet the needs of the underprivileged, including Syrian and Palestinian refugees, it is being constructed on a “no-build zone”, which makes it illegal, Ayoub insists.

The hospital project has drawn the ire of residents and activists who fought hard over the years to preserve the forest. A protest was held last week to denounce the decision, but scuffles erupted between supporters and opponents of the project shortly thereafter. According to reports, a number of youths from the nearby Tareeq Jdideh neighborhood approached protesters and attacked them with sticks and other objects, leaving many injured.

In a statement, Najah Wakim, the head of the secular People’s Movement, denounced the attack, saying the protesters belonged to his party. “The Future Movement bears all responsibility,” he said, calling for a full investigation. The Future Movement responded, denying all links to the attackers.

For his part, Mohammad Ayoub, Director of Nahnoo, regretted the events that transpired during what should have been a peaceful protest. “I wish the People’s Movement had coordinated with us … We are focusing on tackling the issue within a legal framework so as to prevent its politicization,” he said.

For now works have been suspended at the location, but only temporarily. Though the status of the project remains unknown, residents have decided to enjoy the forest regardless. This evening a musical evening will be held in Horsh Beirut in celebration of its reopening. Various musicians will hold a collaborative jam session inside the park. Head down to support those who have fought and continue to fight for Beirut’s last pine forest. It belongs to all of us and if we do not stand up for it, it will continue to shrink in size amid attempts of continuous construction and other threats.

For more details on the event, please click on this link.

On Ludovico Einaudi's song for the Arctic, and the connection to Beirut

Tue Jun 21 , 2016
In a video released a day ahead of World Music Day, which falls on Tuesday, internationally acclaimed Italian musician and composer Ludovico Einaudi is seen […] 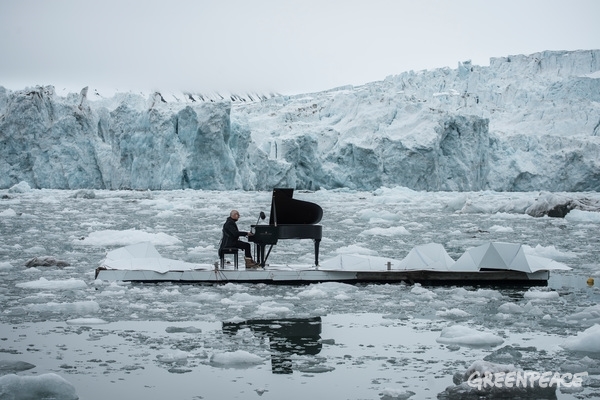