It seems Lebanon’s environmental issues are on the rise. Not only are the country’s officials lagging in terms of fulfilling Lebanon’s commitment to the climate change pact, but they are doing so gloriously and without shame.

As forest fires continue to rip through what is left of the country’s green areas amid the government’s inaction, sand and stone quarries come in to finish the job.

As of late, works on a grand sand and stone quarry in Mount Lebanon’s Majdel Tarshish have resumed. Similarly, in the Chouf’s Ain Darah, sand and stone quarries have ripped a once intact mountain, paving the way to what will eventually become a cement factory. The project was approved by the Environment Ministry and the Ministry of Industry, and is run by non-other than Fattouch & Co., which is owned by Pierre Fatouch, the brother of MP Nicholas Fattouch, also known as the esteemed member of parliament who hit a female public servant in Lebanon’s Justice Palace in 2014. Fattouch reportedly received the green light for the Ain Darah cement factory after his permit for a Zahle based plant was revoked.

Majdel Tarshish and Air Darah*, like many other Lebanese areas that are being torn to shreds by similar actions, are rich in rare fauna and flora; a reality that is being completely ignored in light of the profit produced by these sand and stone quarries. They also both located fairly above the recommended level of operation, which contributes to the pollution of precious water resources.

Sand and stone quarries; one of the country’s biggest environmental threats, and leading causes of desertification, are fully operational albeit in an illegal manner.

There are an estimated 700 to 1300 illegal quarries in Lebanon, most of which are directly tied to active politicians.

Frenetic construction is the leading cause behind the increase of demand for the raw materials extracted from various mountain and hills. Business is lucrative, but only to those directly linked to it. In fact sand and stone quarries rarely come to benefit the residents of the respective areas in which they are operational. They damage homes, reduce land prices, cause irreversible economic and environmental damages, and most of all pollute water sources and aquifers.

Friday marked World Day to Combat Desertification and Lebanon is in no way combating this threat. I sometimes wonder what it would take to knock some sense into politicians who are in no way securing their lineage by destroying what is left of the country. If they are planning on passing down their leadership to their sons, as oligarchic tradition would dictate, they must realize that all the money they are currently accumulating will not be enough to restore the mountains or the rivers needed to support their small scale empires.

The effects of desertification on local populations:

Agriculture: Desertification gravely reduces natural and local food production, leading the country to turn to foreign imports. This will discourage remaining farmers and result in the decrease of agriculture production in the country, making it more costly to produce locally.

Poverty: With the increase of desertification in Lebanon comes the rise in poverty. Desertification is a large threat to the Lebanese economy. About 35 percent of families in Lebanon live below the poverty line. Coincidentally they are mostly found in North Lebanon where desertification is happening in full speed and where the agricultural sector is already under threat.

Unemployment: Lebanon’s 1975-1990 civil war brought about the destruction of several of the country’s infrastructural and industrial complexes. This contributed to a drastic rise in lack of business diversification, and consequently unemployment, whose ramifications are still felt today. The agriculture sector is also weak, as lack of opportunities and low wages have forced citizens to migrate to the cities, leaving a scarcity of workers in the farming industry. Those who do remain are challenged by foreign workers who travel to Lebanon by the millions and offer their services at a lower price.

Over 60 percent of Lebanon’s land is at risk of desertification, according to a study done by the National Work to Fight Desertification. Most studies on desertification in Lebanon have concluded that areas north of the Bekaa are currently the most affected.

On a global level:

“Over the next 25 years, land degradation could reduce global food productivity by as much as 12 percent, leading to a 30 percent increase in world food prices,” he added.

*An event will be held in Ain Darah on Sunday, June 19, whereby locals and environmentalist will be walking the trails of the village’s forests in a bid to raise ecological awareness and assess the damages of the quarries. For more details click on this link.

One thought on “Sand and stone quarries: One of Lebanon’s leading causes of desertification”

Sun Jun 19 , 2016
If you think that the Jannah dam controversy is politicized, think again; the battle for the preservation of one of the last of Beirut’s green spaces, […] 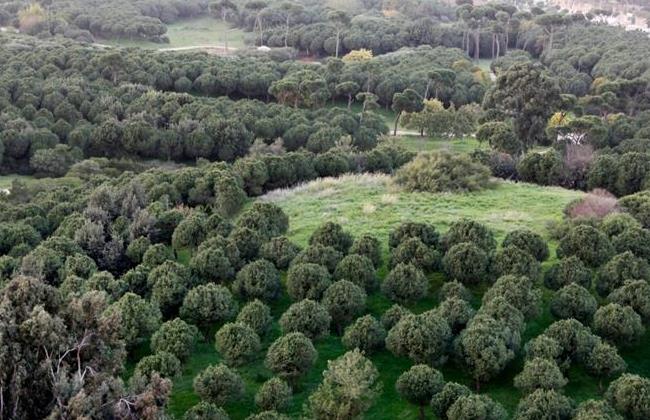