Across the waters facing Beirut International airport, hundreds of seagulls can now be seen hovering over the nearby Costa Brava seaside dump. These seagulls are attracted to the leachate and garbage residue that is currently seeping into the sea just a few kilometers from the airport runway amid the blatant indifference of concerned authorities.

As aviation expert Dr. Salah Gebran explains in this al-Jadeed report, only one seagull is needed to render an air-travel catastrophe.

“If one seagull, only one, flies into an airplane engine during takeoff, it will result in the loss of an engine, leading the pilot to lose control over the carrier … Another concern lies in the gas emissions [namely methane] that will emanate from the dump. These gases are highly flammable and can cause airplanes to catch fire,” he says.

The dangers that now surround the airport may lead several airlines to halt all flights to and from Beirut. This will present yet another issue of concern: economic losses that would result in the wake of such a decision if it happens.

In 2008, the Lebanese government issued a law that prohibits pigeon keeping within close proximity of the Beirut International Airport with fines reaching up to 3 million Lebanese Liras in case of breach. This law was issued for safety reasons pertaining to civil aviation. In 2016, the Lebanese government made the reckless last minute decision to set up a seaside dump in the Costa Brava region as one of the “solutions” to the garbage crisis, so the question now is: Who will fine the government for its reckless decisions?

The Costa Brava dump is a nightmare in the making. The government has said that it will erect concrete wave breakers to prevent leachate from leaking into the surrounding waters, but the recent report proves what environmentalists have repeatedly said: wave beakers don’t work that way and will not prevent the seepage of waste into water.

To make matters worse, ancient mosaics and Roman artifacts were found at the site of the Costa Brava dump, but were not inspected nor assessed by authorities.

Marine life is also under threat in that area as several sea turtles who use the beach as a nesting ground were found dead in recent months. Turtles play a vital role in the health of our environment. If they are continually deprived of what is left of their natural habitat, the consequences will surely be dire.

The government should look into alternative solutions, namely recycling and other sustainable methods, to tackle the garbage crisis that is now on repeat. The bearing capacity of both the Costa Brava dump and the Bourj Hammoud landfill combined does not exceed a period of 120 days according to initial reports released in May, 2016. The unsanitary manner in which the dumps are being prepared pave the way to insurmountable hazards in regards to surrounding communities, civil aviation and the environment.

Lebanon is a signatory to the Barcelona Convention, which calls for the protection of the marine environment and the coastal region of the Mediterranean, however little is being done in terms of decreasing sea pollution and/or the protection of endangered species.  In April, Lebanon signed the climate change agreement in New York with a promise to reduce its greenhouse gas emissions by 30% conditional to the provisions of international support and by as much as 15% unconditionally, both by 2030. This promise is already on the path to being broken, much like many of its predecessors. Has the time not come for our policies to evolve?

Sand and stone quarries: One of Lebanon’s leading causes of desertification

Sat Jun 18 , 2016
It seems Lebanon’s environmental issues are on the rise. Not only are the country’s officials lagging in terms of fulfilling Lebanon’s commitment to the climate […] 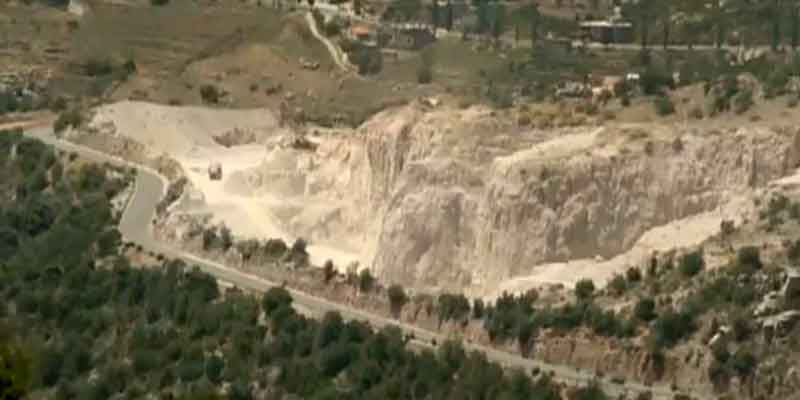