In celebration of World Environment Day, which fell on Sunday, I traveled with a group of friends to the arid valleys of Laqlouq for a lengthy hike through the untouched landscape, now under the spell of the ephemeral green touch of Spring. We wandered into the waiting arms of Mother Nature that embraced us with no measure of hostility. The climate was temperate. The warm sun, and the winds channeled by the valleys formed a complementary union, which was nothing short of pleasing.

We ventured forth until the smallest trace of modernity was further than what our eyes could see. Within the sprawling landscape time travels at a different pace. The tension that every city dweller knows intimately has no place among the rocky dunes that animate the terrain like waves of an ocean frozen in time. Here is the dominion of serenity, and balance. Here is where man finds himself a stranger to all things hostile and aggressive.

It was with ardent effort that we could negotiate the terrain that seemed common to the nomads that we encountered in our journey. Theirs was the cultivated sense of belonging of a thousand generations.

The tent that they pitched stands several hours away from the nearest dwelling. The solitude that they didn’t seek out but which was customary, rendered them through the acquisition of ancestral knowledge capable of subsisting in this arid valley without modern comforts.

We who had carried our provisions, and who were a breath away from complaining from scarcity were in awe of this people who were so welcoming, so generous with what little they had, and so kind. It is with a heavy heart that we continued our journey beyond the layers of tent fabric that flapped in the wind and the woman who waved her goodbyes.

On our winding path we met a goat herder tending to his flock with monosyllable shouts and gestures unfamiliar to us but instantly recognizable by the herd. Goats frolicked in the newly grown grass, fed, and socialized amongst themselves. I could scarcely contain my fascination with this noble beast.

I expressed to the herder my desire to approach a youngling of the herd. In his kindheartedness, he leapt to his feet, retrieving a baby goat and placing it in my waiting arms.

It is difficult to describe the elation with which I responded despite my urbane self to this animal child. It did not recoil, but rather relished being loved by a creature willing to do so. The experience was a quintessential experiment in purity. It recalled a faraway memory when as a child I had held my first baby goat bestowed to my late grandfather as a gift.

In these fleeting moments of authentic connection to nature, one realizes the true cost of modernity. The price of progress is paid in the loss of genuine experiences and the enjoyment of wholesomeness. It is true that rural living is devoid of many comforts that we city-dwellers can no longer live without, but I think that if someone is willing and able to make those sacrifices, then the life that they would be rewarded with would be priceless. Perhaps there is a balance to be struck, but it is difficult to conceive and perhaps harder to achieve, but it’s not impossible.

After six hours of marching, the journey was drawing to a close. Our weary bodies compelled us to halt, but our minds and our spirits, rich with the experiences that can only be had in the valley, compelled us to drive on. We arrived to the place where the lengthy trek had begun, carrying plastic bags filled with whatever trash we could pick up. Even in this distant land, thoughtless men had left unsightly traces of their presence. We did our best to rectify their mistake, but we were few.

The path we took through nature livened in us the childlike desire to play, but it wasn’t until a sufficient amount of authentic regional food had revived us from our fatigue that we took to the swing sets in glee.

The benefits of visiting nature are fundamentally underrated. They will never be advertised as toxic products and trendy hot-spots. But the experience they provide is by far superior. Few lands of the kind remain untouched by frenetic development and industrial greed, which makes them a rarity and the perfect destination for families who wish to go out without paying the exorbitant entry fees.

It would be overwhelmingly beneficial for society if children were to learn from their parents the value of the natural landscape. The humility and gentleness that only a baby goat may teach is sorely lacking in our cut throat society. Proximity to nature had endowed our forefathers with a generosity of spirit which is disappearing in contemporary generations. Is it not time that retrieve those values from the soil itself before it’s too late?

Disclaimer: The Newsroom Nomad recommends that all lengthy hikes be performed under the watchful eye of a professional guide.

Hold your Visas! The U.S. and Lebanon have more in common than previously thought

Wed Jun 8 , 2016
Delay your visa application! The United States, also known as “the land of freedoms and opportunities,” is growing to resemble Lebanon with every passing day. […] 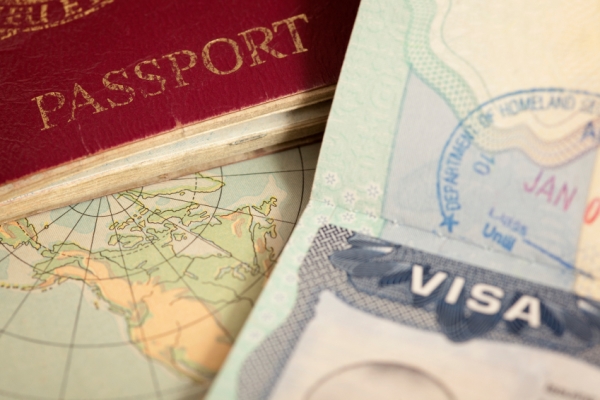