In the remote village of Lassa, some 44 KM north of Beirut, nestled between the evergreen mountains of the Jbeil district, lies a farm unlike any I had ever seen.

The farm is run by Raed Chami, who produces organic crops, and his partner Joanna Parker, a woman who has made it her mission to transmit the ancient knowledge of traditional construction.

The purpose of my visit was to acquire the ancestral techniques involved in the green plastering of internal partitions, but what I gained was an immeasurable experience of proximity with the land and harmony with nature.

We arrived in Lassa weary but excited. We were welcomed by a stately farmhouse; a quintessential example of Lebanese rural architecture.

Rural hospitality encouraged our hosts to offer us meals entirely composed of what their land provides. A rare culinary experience of freshness and goodness. After a hearty breakfast, the day begins.

Participants are encouraged to touch, smell, and taste the fundamental components that constitute the material used in the process of earth plastering. The exercise gave us a firm grasp on the substances to be used: clay, earth, sand and straw.

We then head in the direction of the workshop. On the way we enjoyed the immaculate landscape of the farm with planted rows executed in all respect of nature.

The serenity of our surroundings conflicted with the distant partially obstructed view of the controversial Jannah dam construction site where work remains ongoing despite the order of cessation issued by the Governor of Mount Lebanon and supported by the objections of the Environment Minister.

In the workshop, masonry walls were partially plastered. On one partition decorative designs had been composed on the finished surface, promising an appealing result to those who would put the effort in learning the technique.

And now the work begins: Sift, mix, repeat. Collected earth is being run through a metal mesh to remove large material.

The resulting product is mixed with straw (the structural component of the plaster), then watered until it forms a sticky paste.

To test the consistency of the material, a handful is thrown on the unplastered wall. If it sticks, you are ready to begin after the surface is prepared by drenching it adequately.

Turn on the music, and begin. A consistent layer of earth plaster is spread over the block-work wall. The resulting surface is rough and ready for the fine layer of material that will be the finishing.

Sand and clay are mixed and watered to create a much finer material that is spread like icing on a cake over the first layer to produce a fine and smooth finish worthy of any interior and far more eco-friendly than cement.

It is worthy to note that a truly eco-friendly construction would utilize earth bricks to erect its walls, rather than use concrete blocks, but for the purposes of learning the plastering technique, any wall will do.

Cement costs a lot of energy to produce, even more to transport all the way to the construction site. The use of earth as a substitute to building materials is a far more efficient element that was once the norm when it came to construction. Its insulating properties are superior to those of concrete, which in itself is a way to conserve energy.

Earth walls do much to regulate the internal temperature of a dwelling. When it is cold the walls accumulate from sunshine and release it into the structure. When it is hot, they drain the dwelling of its thermic energy. The efficiency of the material is the reason why it was once preferred by ancient civilizations.

The appeal of the retreat was not merely academic. The food was a rare treat for us city dwellers. The cleanliness of the air did much to sustain our good spirits during the arduous work. In the effort to build a house, a community was formed. Although we all came as strangers to the farm, we left as friends.

Each member of the group demarked themselves by their most prominent quality. The joker among us did much to make us laugh, the musician regaled us with the sound of their instrument, the vegan chef has found in me his next customer, and I the blogger have committed my pen to recording this wonderful experience.

It is but a wonderful coincidence that the farmer, and partner of our teacher, is the very same man whose story went viral a few months prior to my visit. It is now well known that the man had found difficulty in locating a distributor for his organic crops since they do not conform to the aesthetic standards of chemically supported produce.

The story was first mentioned to me by a friend on Facebook. I later informed blogger Ralph Aoun (Blog of the Boss) of the unfortunate circumstance since this blog was yet in the making. The story found interest in the local readership to the benefit of the farmer himself.

Meeting Raed and Joanna has been a legitimate pleasure. Making their acquaintance has done much to remind me that the subject of viral stories does not disappear shortly after the public interest in it has subsided. Their struggle is ongoing like many local farmers, especially those who refuse the appeal of industrial agriculture that comes in the form of greater profit. They live humbly and they work hard to sustain their lifestyle. Their choices are not without overwhelming benefits. They are rich in their proximity to nature, and prosperous in the simplicity of their existence. And they are made humble before the awe that is the natural world.

You can find them every Saturday selling their produce in Souk al-Tayyeb. You can also follow their blog: Les Racines du Ciel, or call them on:  76/492 742. If you’re interested in sustainability and eco-culture be sure their visit their farm in Lassa. Their life choices are the truest way to repel the ills of modern society. Their lifestyle exemplifies the truest form of resistance.

Construction works on Jannah dam ongoing despite order of cessation 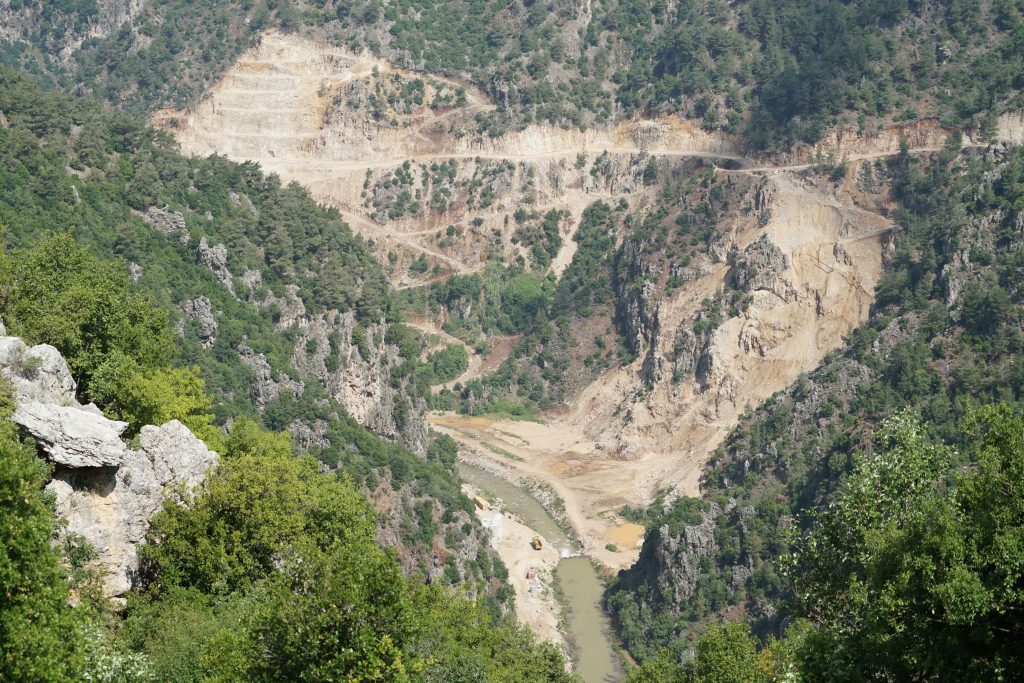