When I was a child, my late grandmother, and out of concern for my wellbeing, gave me the following advice : “a woman is like a well polished diamond. The slightest scratch on its surface is a blemish that ruins its value irreversibly”. She was referring to my virginity of course, my grandmother being a product of her time. She had weathered the pressures and injustices of a society that considered her a commodity to be appraised.

My mother, having learned the same lessons from her own mother, elected to raise me in the way she deemed proper; in the way that she believed would offer me the best chances of survival.

Yet in my upbringing, I was able to question the very principles that my parents sought to instill in me. I was afforded the space to disagree and make up my own mind after weighing all the facts; a luxury denied to many.

With the benefits of age, I came to realize that the analogy of the diamond was a means of oppression; that diamonds as well as chastity, have no intrinsic value; that they are only worth the illusory value that we, as individuals, attribute to them.

It’s no secret, however, that “diamonds” are still seen as commodities of great value in conservative societies. Traditional thinking is difficult to override with reason. Culture, education, and religion hold a strong grip on notions that are viewed as determining agents of both life and marriage, and sometimes even death.

My grandmother and mother’s opinions on womanhood are the ones that they had to uphold in order to survive and attempt to thrive in the society of their time. Today, to the liberals among us, their views are nothing short of offensive and archaic.

Are they to be shamed and marginalized for the ideas that an unjust society instilled upon them? Am I, if I stand by them, throughout?

This week saw the online lynching of former beauty queen and actress Nadine Njeim, whereby she was attacked by “liberals”, “feminists”, and anyone with a social media account. She was called anything and everything, from “slut” to “bad-mother”, all in the name of women’s rights. Ironic, is it not?

Njeim’s attacks were propelled by an old interview that had resurfaced online, in which she had expressed opinions that reflect the ones championed by many women and men in society. To her [and them], gender equality is tantamount to a woman’s destruction, equal rights are frowned upon, and sex before marriage is a privilege only a son [and man] can afford. Such is the world that exists beyond our closed circle of liberal friends.

Njeim’s opinions are not solely her own, they are reflective of the larger society in which we live in; a society that includes family, friends, and foes.

But often on the online world, a mob is formed, where people emboldened by the popularity of their position resort to attacking the person who has voiced an unpopular opinion, rather than taking on the opinion itself. Njeim was the most recent example.

The questions to be asked are the following: Was it her position that made her an easy target? Was it her status? Her age? More importantly was she made the scapegoat for all opinions deemed unfavorable? Would her attackers do the same to a family member? Are we just hunters waiting for the next prey? Regardless of the answers, the results are one and the same: the lynch-mob has become the latest online trend.

The courage that arises out of being part of a likeminded crowd, is very seductive. Anything that a crowd achieves is experienced as a personal success on the part of each member of the group, while the responsibility for any collective wrongdoing is divided among all, so as to seem negligible.

No matter the ideological position being championed by such methods, personal attacks for the sake of suppressing an opinion, are fundamentally fascist; a tyranny perpetrated by the majority, and a great step towards intolerance.

While online bullying is a universal occurrence, locally the mere notion of liberalism, once a societal safeguard against ignorance and prejudice, is rapidly becoming synonymous with the mentality of the mob. Honest objectors to liberal ideas are being bullied out of the conversation rather than debated and persuaded.

Perhaps some members of the intellectual minority might view these instances of intellectual violence as the first victories in a long line of defeats at the hands of a fundamentally conservative society, but it is this blogger’s opinion that the price to be paid for these superficial victories; the price paid in the abandonment of ideals, is far too high and detrimental.

Having said that, I hope that we, as an online community, can one day debate ideas rather than the people behind them, and not resort to a unilateral discourse during which popular ideas are automatically celebrated to the detriment of minority opinion, but rather as a contest of merit.

Fri May 20 , 2016
Behind the scenes and away from public eye, a deal was struck. Profiting from public disinterest in the issue, Minister of Agriculture Akram Chehayeb approved a […] 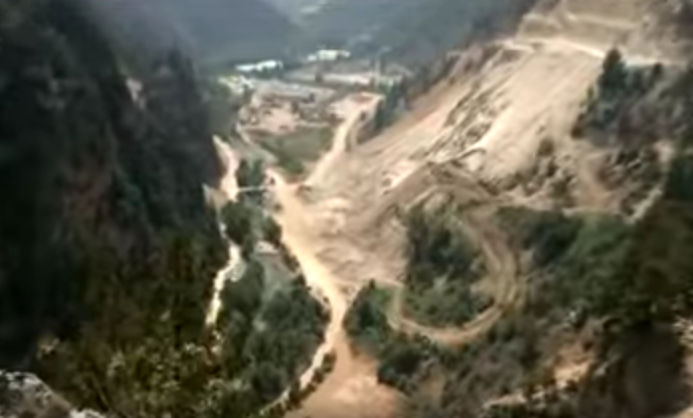