The case of Roula Yaacoub, a woman whose husband was said to have beaten her to death four years ago, has finally moved forward with the accusatory body of North Lebanon overturning a decision issued in 2014, which prevented the trial of her husband for “lack of evidence,” Lebanon’s Legal Agenda and KAFA announced.

Karam Bazzi, Roula’s husband and suspected murderer, has now been charged, and an in-absentia arrest warrant has been issued against him.

Despite lukewarm media attention over the case in the years that followed the 31-year-old’s death, Layla Khoury, Roula’s elderly mother, made it her mission to confront the concerned investigative judge, every Thursday of every week, to demand that the decision be overturned, LBCI reported. Four years later, Layla Khoury made it happen.

The Higher Judicial Council had defended a report that said that were was no sufficient evidence to believe that the defendant caused the death of his wife, by beating her or committing any other form of deliberate violence. The council cited three autopsy reports, including one issued by a committee of doctors from the Beirut Order of Physicians, and concluded that it did not find any medical evidence indicating that the cause of death was related to domestic violence.

Despite official documents that cleared Bazzi, Roula’s case was one that stirred social uproar. Found comatose, with bruises to her body at her home in Halba, Akkar in July 2013, she died upon arrival at the local hospital. Roula’s relatives and neighbors maintained that Bazzi regularly beat his wife and five daughters, the youngest of whom was 7 months at the time, and have campaigned relentlessly since her death. According to reports one of the daughters even fled the family home shortly after her mother’s death and told neighbors Bazzi was beating Roula with a stick. But all those claims were ignored, until they weren’t anymore.

Roula’s case changed the domestic violence law in Lebanon with activists, and women’s groups rallying alongside Roula’s family to urge Parliament’s approval of a draft law aimed at protecting women from domestic violence. This resulted in the criminalization of the act as stipulated by Law No. 293/2014. Although the law is far from complete, due to several amendments made under pressure by religious groups, it was at the time seen as a step forward.

Roula’s death, alongside many other victims of domestic violence, has become a symbol of oppression and violence, but Layla Khoury has succeeded in changing the narrative, turning a tragic story of judicial ineffectiveness into one of hope. Her efforts prove that our government is not beyond the reach of its people, and that the committed and the persistent may be capable of effectuating significant change. Roula’s husband could end up behind bars, setting an example for the many others who think lightly of domestic abuse — and this blogger will be counting the days.

One thought on “Roula Yaacoub’s mother, a hero to all Lebanese women”

Lebanon's Nehmeh landfill in limbo, so where will the trash go?

Wed May 18 , 2016
Nothing more can be said about the current garbage crisis. The inability of our once elected and recently self-appointed government to secure the removal of […] 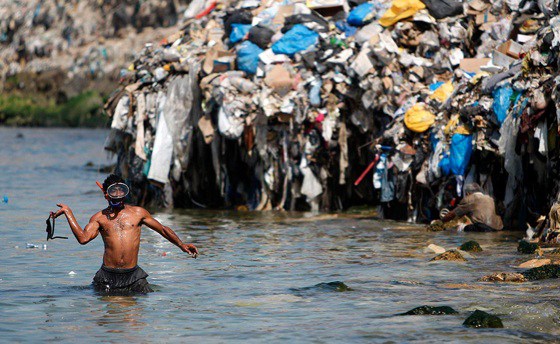