Thousands of residents cast their vote in the second phase of Lebanon’s municipal elections on Sunday. Voter turnout was marked at 56%, almost 35% higher than the previous polls held last week in Beirut alone.

Although Interior Minister Nuhad Mashnouk announced that the security situation was completely under control and that his ministry had solved all issues that marred last week’s polls, violations were a recurrent theme, with LADE putting the number at 569.

45 municipalities were decided by acclamation before the polls even opened. Municipal elections in Lebanon began on May 8 and will continue each Sunday until May 29.

The Lebanese Association for Democratic Elections (LADE) released a report in the wake of the Mount Lebanon municipal and mukhtar elections, stating that 569 violations were recorded during Sunday’s vote.

The election monitoring group put the numbers as follows:

Violations include bribes, pressure on voters, scuffles, security personnel being present inside polling stations, chaos, and inadequate access to persons with special needs.

Interior Minister Nuhad Mashnouk put the final number of arrests at 6 on Sunday, 5 of which were related to vote buying.

Last week, during the Beirut, Bekaa and Baalbek-Hermel elections, 647 violations were recorded, a LADE report disclosed.

Attacks against the press and various scuffles

An LBCI reporter and cameraman were attacked on Sunday in Mount Lebanon’s Afqa where scuffles broke out between supporters of contending groups. Lebanese army soldiers fired shots in the air to disperse crowds.

Scuffles were also reported across various regions of Mount Lebanon, namely in Naameh and Haret al-Naam, Tartej, Dbayeh, Zouk, and Laqlouq, leading to a brief interruption in voting procedures.

In Jbeil, a verbal spat took place between former Minister Charbel Nahhas and local contenders from the rival list. Nahhas was supporting “Citizens Within a State” candidate Claude Marje who was running solo against incumbent Mayor Ziad Hawwat’s list.

15-year-old Hussein Ahmad al-Arab was reportedly hit by a stray bullet in Bourj al-Barajneh’s Ain al-Sekkeh neighborhood. According to reports, Hussein received a gunshot to the heart and is currently in Rassoul Aazam hospital. He was walking with his mother when he was hit.

Last week a child was shot and killed in Lebanon’s West Bekaa, when a stray bullet struck him. Ahmad Ibrahim was only 16 years old. He was playing football when streams of celebratory gunfire filled his native town of Marj.

Although not entirely absent, the participation of women did remain shy amid entrenched sexism and long-standing patriarchal politics. Contending lists in Sunday’s polls were mainly male dominated. In Hasbaya religious clerics announced that all lists that include women were encouraged to be boycotted.

Preliminary results as reported by the media

Hadath: The list headed by incumbent mayor George Aoun and backed by the FPM won all seats of the town. The latter won against a  rival list backed by the LF and the Kataeb.

Ghobeiri: Initial results indicate that the Hezbollah backed list is leading the polls against a list comprised of leading Shiite families and fronted by Wassef Harake, a lawyer affiliated with the “We Want Accountability” movement.

Choueifat: The Lebanese Democratic party’s electoral list is leading in the polls, according to reports.

For official results please check the the Interior Ministry website.

LGBT community in Lebanon, persecuted by law and by culture

Mon May 16 , 2016
In the first protest in almost 4 years, some 50 activists staged a sit-in on Sunday in support of Lebanon’s lesbian, gay, bisexual and transgender […] 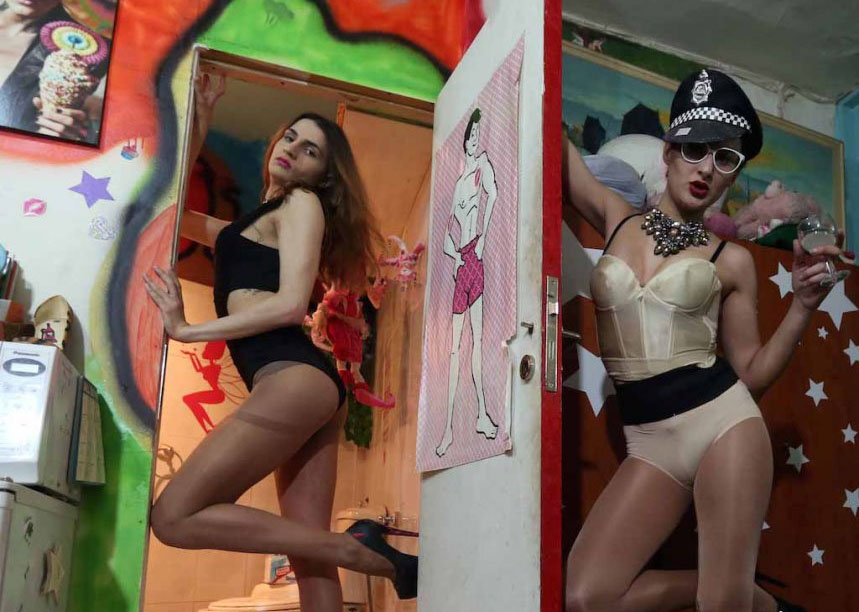