In the first protest in almost 4 years, some 50 activists staged a sit-in on Sunday in support of Lebanon’s lesbian, gay, bisexual and transgender (LGBT) community to demand the abolition of a law that criminalizes relations “against nature”.

The protest, which took place outside Beirut’s infamous Hbeish gendarmerie, called for the release of 4 transsexual women.

Helem chief Genwa Samhat told AFP the sit-in, two days before the International Day against Homophobia, Transphobia and Biphobia, “calls for the abolition of this section of law dating from the (1920-1943) French mandate in Lebanon”.

“Most people arrested under this law aren’t detained in the act but in the street because of their appearance,” she said.

Although Lebanon is far more progressive than its neighbors, there exists a fundamental refusal to embrace the complexities of human nature, reflected both in our legal system and in our mentality as a whole.

First, let us examine the meaning of the word “natural” as it pertains to legislation.

A phenomenon that recurs in every generation of every mammal with the same proportions, is nothing if not intended by nature. The purpose of an organized society is to prohibit the natural tendencies of man only when they are exercised without the consent of all parties involved, for example, rape, theft, and murder. The arrogance of a legal system that thinks itself capable of defining what is natural and what is not incites ridicule on our nation. Only nature itself is capable of making those distinctions.

Second, the judicial system is abusing its power in order to feign relevance.

It is fundamentally absurd that a nation that suffers from high criminal rates and that is incapable of reaching some known criminals because of their political affiliation, would decide to detain innocent people based on appearance alone. What a travesty of justice that individuals who identify as women, would be arrested for the mere fact of living up to who they believe they are. What a joke, that our legal system would pretend to be powerful by attacking the most powerless among us -those who commonly don’t even benefit from the support of their own families.

Third, the fault in our popular culture.

It is a well known fact that Lebanese society is particularly hostile to the notion of queerness. Homosexuality is often seen as a failure of masculinity, one which alarms the average citizen who is far too attached to the notion of the virile Lebanese man. Ridicule of queerness pervades the local popular culture, fueling the already existing hostility. Few voices dare to speak out, lest they be accused themselves. There is a witch-hunt mentality among us.

Fourth, first they came for the queers …

It doesn’t matter whether caught in a sexual act or merely arrested for being dressed unconventionally. In my nation, the government legislates what we may or may not do with our own bodies. Is this not the apex of tyranny? What endows them with the right to define which sexual act performed in the privacy of ones own home may be allowed, and which form of dress may land one behind bars? It is incumbent on every citizen to denounce these miscarriages of justice even if they are not personally affected. Excesses start with the disenfranchised, but eventually grow with the boldness of tyrannical leaders to affect everyone.

Roula Yaacoub's mother, a hero to all Lebanese women

Tue May 17 , 2016
The case of Roula Yaacoub, a woman whose husband was said to have beaten her to death four years ago, has finally moved forward with […] 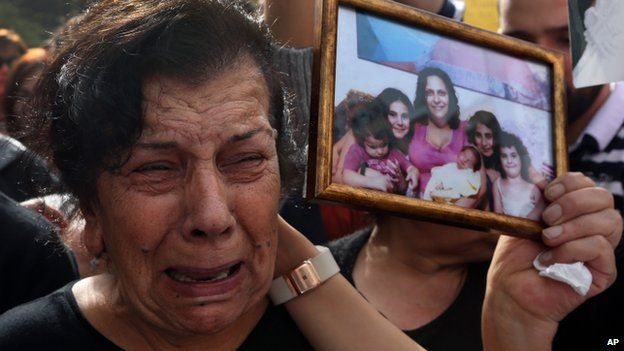