Little did 16 year-old Ahmad Ibrahim know that the elections would bring an end to his short life. He was playing football with his friends when a stray bullet from a stream of celebratory gunfire struck him in the village of Marj, West Bekaa, rendering him dead.

Ibrahim was set to leave to the United States to continue his studies in the coming two weeks, but the municipal elections, which are meant to be a passageway to the betterment of society, turned out to be anything but that.

In the wake of the news, Ahmad’s grief-stricken father said, “my son is not the first, nor will he be the last … I only ask that the government put an end to the practice that has cut too many lives short …” – But seeing how many have already died and how little the government is doing in relation to the problem, Ahmad’s father’s pleas may have just fallen on deaf ears.

In March, an 8-year-old girl was killed when a stray bullet struck her from a stream of gunfire launched at a nearby funeral procession in the village of Qartaboun, north of Beirut. Petina Raidy, like Ahmad Ibrahim, had nothing to do with the circumstances that lead to her death. Celebratory gunfire has reaped the lives of many victims, most of whom are innocent bystanders.

Every time that rifles are pointed upwards during a procession, be it for joy or sorrow, a funeral is prepared somewhere nearby. Fallen bullets claim many lives and yet the practice persists because of our collective apathy. We tolerate the gunfire as a mere uncivilized practice resulting from a thoroughly militaristic culture, to which a substantial portion of the local population subscribes. As a result, consecutive detonations from a skyward pointed firearm, fail to alarm us.

There is something fundamentally primal about using a weapon as a celebratory prop. None may doubt the proximity of the modern practice to a tribal ceremony. In the process, the weapon becomes as much the thing being celebrated, as a tool with which to celebrate. No matter the occasion, it is the power of the weapon that is being revered by being fired into the air. The cause of the celebration is a mere excuse for small men to fancy themselves powerful through the pagan worship of the phallic idol that is their personal firearm.

Although we as a people have grown accustomed to the distant sound and to the arching streaks of scarlet that tear up the sky, the fact remains undeniable: celebratory gunfire is a source of national shame, and this is exactly what it looks like.

3 thoughts on “Tragedy in West Bekaa as boy, 16, killed by celebratory gunfire on election day”

Claims of electoral bribery in Lebanon continue; Recent videos an embarrassment to politicians

Thu May 12 , 2016
In the wake of the Beirut Municipal elections and the victory of the Byerte list, backed by former Prime Minister and leader of the Future […] 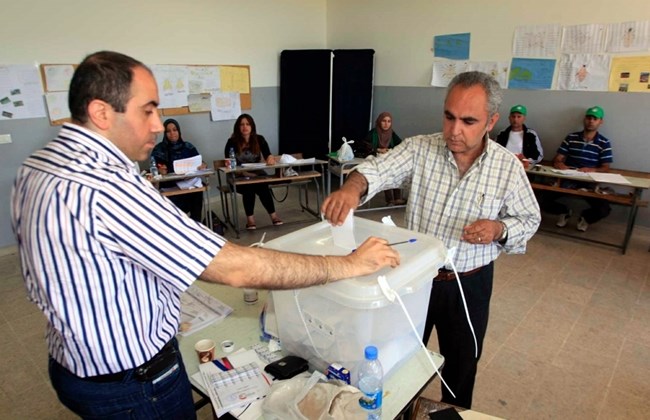