This article was published at StepFeed on April 12, 2016

Log on to the Lebanese Film Festival’s website and you’ll immediately be met by a message asking visitors to pledge support to the cultural platform through a crowd-funding page on Zoomaal. Why? After successfully hosting countless editions over the span of 15 years, organizers say this year has been particularly tough.

As one of the most unique cultural events in Beirut, theLebanese Film Festival focuses on promoting Lebanese talents and films. It is set to take place between May 30 and June 3 at Beirut Souks CinemaCity, with only one major obstacle: funds.

StepFeed spoke to the Lebanese Film Festival’s director, Wafa’a Halawi, and here’s what she had to say about the situation.

Why is it particularly hard to get funding for the festival this year?

“This year has been especially challenging mainly due to the garbage crisis and with our usual funding channels being unable to provide us with the resources we need to make it happen. Determined not to give up, we launched a crowd-funding campaign on Zoomaal, because we believe in this cultural event regardless of all the obstacles that seem to be ever-present in our country. Fortunately people are responding!”

Why is the Lebanese Film Festival so important?

“Not only does the LFF make it a point to discover new directors every year, it also serves as a central meeting place for the local industry. We focus on promoting Lebanese talents, and provide a platform for Lebanese films made by Lebanese filmmakers and/or shot in Lebanon. Most international festivals base their selection of Lebanese films on our catalogue … On the other hand, and in the midst of all the political instability and the frustrations that come with that, we believe that sustaining a leading cultural event is vital to the country’s wellbeing and for the healthy development of its artists.”

What makes the Lebanese Film Festival an event not to be missed?

“This year’s Lebanese Film Festival edition features a special collaboration with Cinedans Amsterdam: the biggest and most diverse dance film festival that focuses on dance films from all over the world. A few selected Lebanese dance films will be screened along with Cinedans’ international selection. As for the jury, it will include Los Angeles based screenwriter Brad Saunders, renowned dancer and choreographer Souraya Baghdadi, playwright and actor Georges Khabbaz and actress and director Zeina Daccache.”

How much of an impact has the Lebanese Film Festival had on audiences?

“We are happy to note that the festival’s audience has been increasing with every edition. Last year we received approximately 6,500 audience members, and are expecting to receive even more this year, so make sure not to miss out!”

Arabs are ‘feeling the Bern’ with #Yo2Bernie hashtag!

Thu Apr 14 , 2016
This article was published at StepFeed on April 14, 2016 United States presidential hopeful Bernie Sanders’ message of inclusiveness is resonating with people across the […] 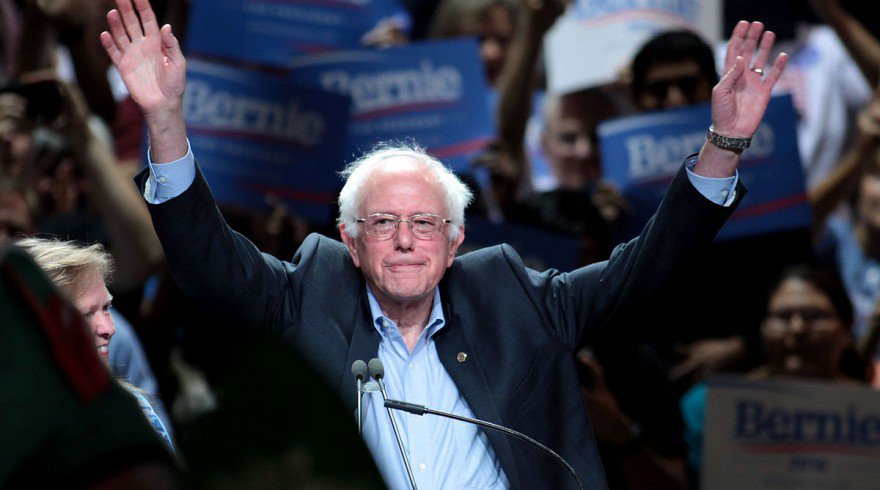