This first appeared as a guest post on My Beirut Chronicles on April 8, 2016

A year had already passed and Sally Faulkner had tried everything. Her children, Noah and Lahella, had been taken away from her exactly 12 months ago and she felt she had no choice but to resort to the unthinkable: kidnapping her own children. On Thursday morning, a year after they were first taken by their father, Lebanese media reported that two children were snatched from a south Beirut suburb. CCTV footage aired shortly after shows several men disembarking from a vehicle, pushing away an elderly woman and a nanny who were walking along a footpath with the two children in tow, before driving off. The vehicle would later on be intercepted by police and impounded, with passengers taken into custody -but not before the children were briefly reunited with their mother. According to media reports that followed, it was revealed that the elderly woman was in fact their grandmother and mother to Faulkner’s ex-husband Ali el-Amine, the man who had promised Sally upon leaving Australia that the visit to Lebanon would only be temporary. Little did she know that that promise would be broken.

The story had first surfaced 6 months after Ali had left to Lebanon, with Sally taking to various Australian media outlets to air her grievances. Not much attention was given to her on the part of Lebanese media. After all she was just another case upon many kidnapping related incidents; those deemed “familial” by Lebanese law. Fast forward one year later and you have a media fiasco with unverified information and reports describing Sally as an unfit mother, and one who was only motivated by financial reasons, namely maintenance payments by her husband (video below, in Arabic).

The children have since been returned to their father, but details related to Ms Faulkner have yet to be revealed. In a country with few rights for women and mothers particularly, she doesn’t stand a chance at ever retrieving her children through the Lebanese legal system. For now she remains in custody, alongside 60 Minutes reporter Tara Brown, the crew and others who are reportedly members of a controversial retrieving agency.

What The Law Says

Lebanon is not a signatory to the Hague Convention on the Civil Aspects of International Child Abduction, which allows for children normally resident in one location to be returned if taken by a relative. Also, it is virtually impossible to extradite anyone from Lebanon to Australia because there is no extradition treaty between the two countries, rendering Ali el-Amine virtually untouchable. To add insult to injury, Lebanese nationals by law are able to prevent their wives and children from leaving the country. As for child custody and divorce, they are generally decided in religious courts under religious law. If the father is a Muslim and the mother a Christian (which is the case between Sally Faulkner and Ali el-Amine), the custody of their children will normally be decided by a Muslim court. In el-Amine’s case, a Shia Muslim, the father generally has physical custody for boys at age 2 and for girls at age 7; something he confirmed on camera Thursday (video below, in Arabic).

To make matters worse, if a father establishes that the mother is unfit or lacking good moral character, she will lose any right to the child. Ali el-Amine has made claims that Faulkner is only after maintenance money and not her children. His mother (and accomplice), has also alleged that Faulkner willingly surrendered her children to el-Amine. Lebanon does not recognize dual nationality. Australian/Lebanese dual nationals who carry Lebanese papers will be treated as Lebanese nationals by security authorities. A child who is a dual Australian and Lebanese citizen would be bound by Lebanese law in the eyes of the Lebanese civil courts. Sally had no other choice.

Flight of the Dragonfly

This is not the first time something like this happens. In 2006, Melissa Hawach grabbed international headlines, when she retrieved her daughters -Hannah, then five, and two-year-old Cedar – from their father Joseph Hawach, who had abducted the girls to Lebanon during a trip to Australia. The two girls were living with Melissa in her native Canada when, on July 1, 2006, their Lebanese-Australian father took them on a three-week visit to Australia with their mother’s consent. Although Melissa was initially reluctant to allow the trip, she later agreed because she wanted the children to have a good relationship with their Australian relatives.

After failing time and again to regain custody of her children through the Lebanese court system, Melissa finally took her children back with the aid of Australian special forces and New Zealand special forces. She hid with the children in Lebanon for several weeks before smuggling them out of the country through Syria and Jordan. The strange series of events that unfolded between the girls’ departure to Australia that summer and the time that has passed since their return to Canada in February 2007 have been penned into a book called Flight of the Dragonfly.

What now for Noah and Lahella?

For little Noah, 3, and Lahella, 5, the details of the story will soon fade into a distant memory. They may never remember their mother; her suffering; nor of the great risks she took in order to bring them back into her care – back home to Australia. They will never get the chance to come of age in a country capable of providing them with a better start, a better environment, a better system. Instead Noah and Lahella, by choice of their father Ali el-Amine, will learn early on what it’s like to live in a nation of oligarchs, composed of ruling warlords and thugs. They will live to learn to swallow their pride and forget all about their civil rights. To them, the key-words to survival will become “keep calm”, “don’t question” and “obey”. Living in and with trash will only be a detail, and casting a vote a triviality. Noah and Lahella will live in a country where the threat of civil war looms, where might is right, and where one’s quality of life is determined by gender, sectarianism and tribal notions.

From rock to hip-hop, 5 of Syria’s top music acts

Sat Apr 9 , 2016
This article was published at StepFeed on April 9, 2016 The war in Syria may be the centermost topic overtaking our newsfeeds when it comes […] 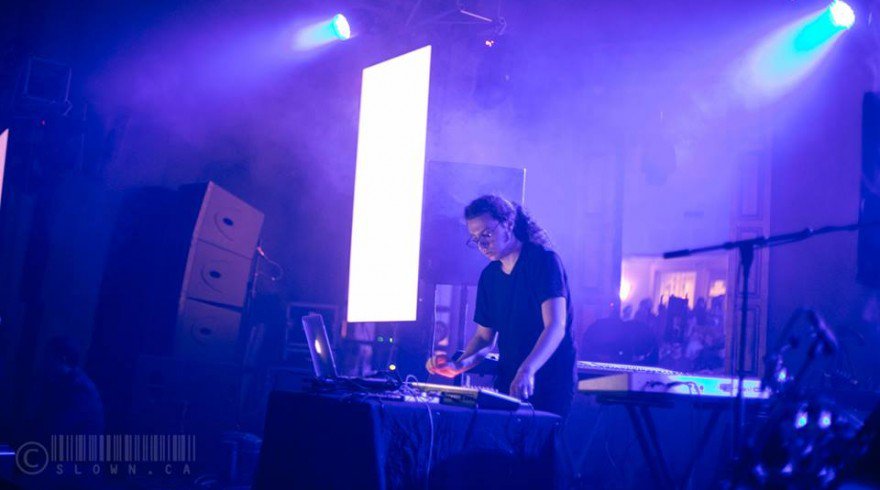